In 1965, Yayoi Kusama used mirrors as reflective devices in her work. They would become a dominant feature of her Infinity Mirror Rooms, bringing Kusama worldwide admiration. Visitors to the installations see their reflection extend into infinity while simultaneously having intimate and individualized experiences. Now in her ninth decade, Kusama’s imagination remains richly creative. 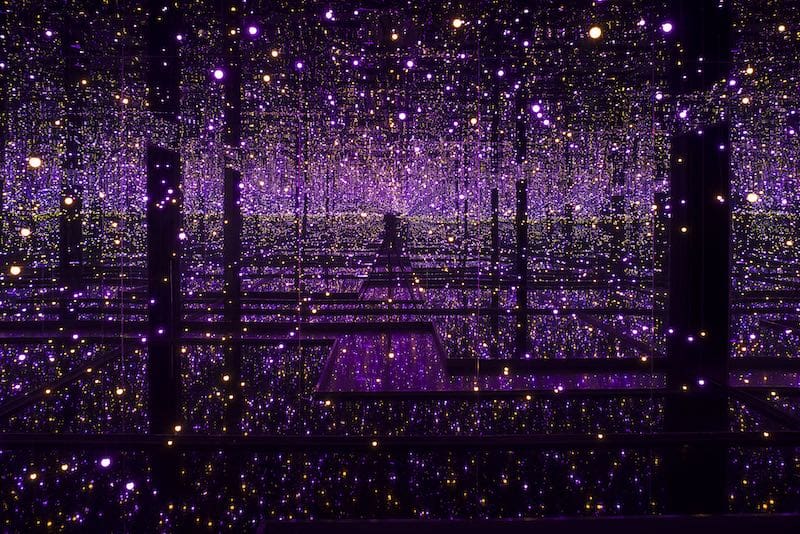 Kusama was born on March 22, 1929, in Matsumoto, Japan. Hallucinations, often of dot-covered surfaces, inspired her to start painting as a child. Years later, fans began calling Kusama “Princess of Polka Dots” because of their consistency in her work.

“Since my childhood, I have always made works with polka dots,” she’s said. “Earth, moon, sun, and human beings all represent dots; a single particle among billions.”

After World War II, Kusama enrolled at the Kyoto Municipal Hiyoshigoaka Upper Secondary School in the Nihonga program. Following graduation, she participated in regional and collaborative exhibitions in Matsumoto. Her first big break came in 1954 with a solo exhibition at the Shirokiya Gallery in Tokyo.

Looking for advice, she started a correspondence with Georgia O’Keeffe. The acclaimed artist advised how to start a career in the United States, and their letter writing led to Kusama’s first U.S. solo exhibition.

This included “crashing” the Venice Biennale in 1966. Kusama installed 1,500 mirror balls on the event’s pavilion lawn, frolicking amongst them in a red leotard. Decades later, Biennale formally invited her to return as a representative of Japan. 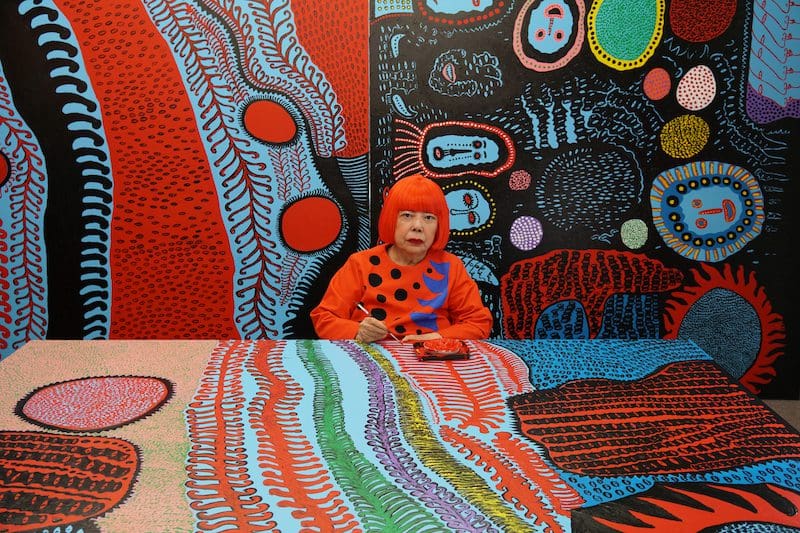 Kusama moved back to her home country in the 1970s for health reasons. She had become interested in literature and published a 1971 semi-autobiographical novel, one of her many literary works.

In 1976, of her own volition, Kusama checked herself into the Seiwa Hospital for the Mentally Ill. She eventually took up permanent residence (by choice) and continues to live there today. Her studio is a short distance from the hospital in Shinjuku, Tokyo.

Kusama’s shows continue to draw record numbers of visitors. She is a recipient of the National Lifetime Achievement Award from the Order of the Rising Sun and Japan’s international prize, The Praemium Imperiale, for painting.

In 2017, the Yayoi Kusama Museum opened to spread and promote Kusama’s work and to contribute to the development of art. A documentary about her life, Kusama | Infinity, by filmmaker Heather Lenz is also available for streaming.

Through summer 2023, the public can experience two of her Infinity Mirror Rooms at the Tate Modern Museum. Visitors will also see early documentation of Kusama’s past experimental performances and events, plus a new sculptural work that continues the theme of endless replication.

“More and more, I think about the role of the arts, and as an artist, I think that it’s important that I share the love and peace,” Kusama has shared. 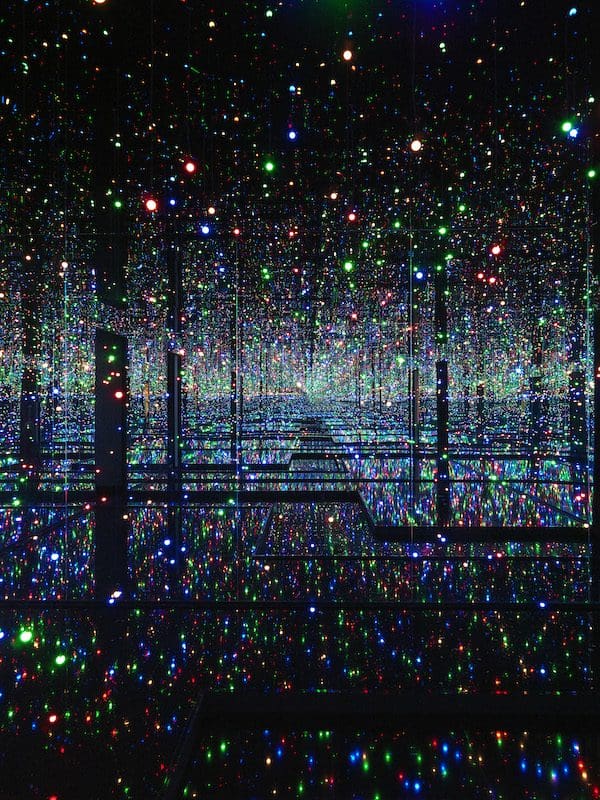 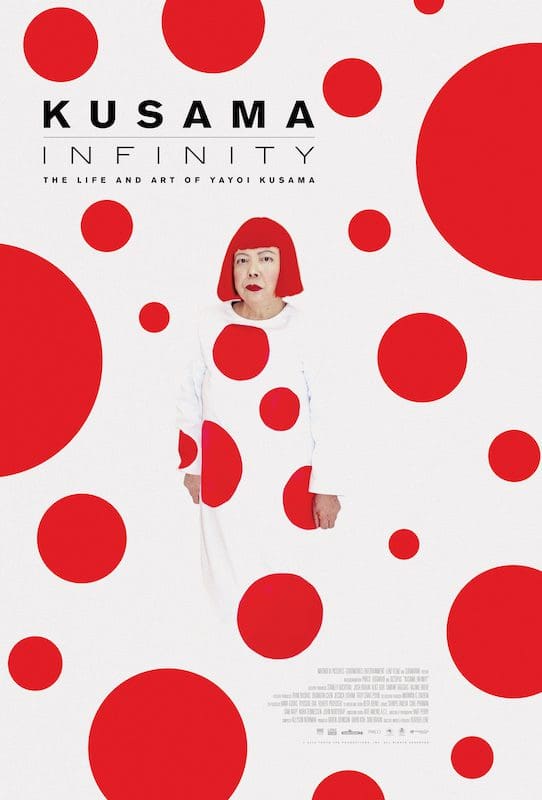 Fanny: The Right to Rock Documentary

10 Powerful Quotes From Women in Arts