Female entrepreneurship and creativity were far-flung ideas to Deborah Cole growing up in 1960s Texas. She remembers playing “What Shall I Be?”, a girls’ board game that limited players to “choosing” careers as either a teacher, nurse, model, ballerina, actress, or airline hostess. Owning a business was not an option.

Today, as a photographer, motivational speaker, and published author, Cole is proof of the progress that’s led to more career opportunities for women, including business ownership.

This year, to fulfill creative needs and a desire to support women, Cole released the book She: (Believed She Could So She Did). The collection of photos and stories (both by Cole) features 35 Texas female entrepreneurs representing what creative leaders look like today. 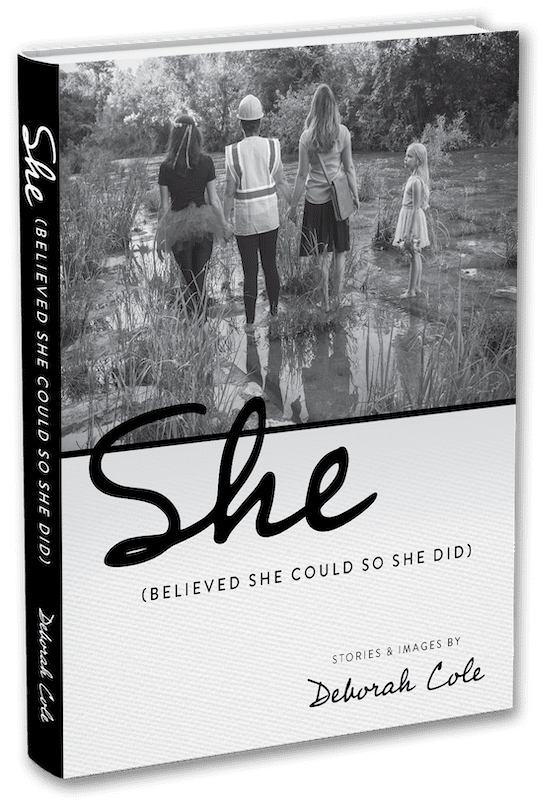 Making Up for Lost Time

Although she was “born with a creative spark,” Cole remembers discounting her creativity.

“From an early age, one starts thinking, ‘Oh, it’s got to be this,’ in order for it to be considered good,” she said. “We tell ourselves so many times that we are not creative that we eventually start to believe it.”

Before becoming a published author, Cole founded Greater Texas Landscape Services and led it for over 35 years. She took pictures for the company but brushed off complimentary comments about her photography talent. Looking back, Cole believes there was denial regarding her desire to be creative. With this book, she’s now making up for the lost time.

Feeling the need to pursue a “creative itch,” Cole left her landscape company to write and illustrate Letting Go: How Less Becomes More. The memoir inspired Cole to plan future photography trips following its publication, but COVID-19 kept her rooted in Austin.

Cole knew she needed a new project, and the idea for her second book soon emerged. She began connecting with women by engaging with local artists and reading features in Austin Woman Magazine.

“I started out thinking that I was going to contact Amy of Amy’s Ice Cream and Kendra Scott,” Cole said. “And I did, but I realized that they don’t have to be a Kendra Scott. To satisfy that entrepreneurial itch – it’s just people you see on the street every day.”

The book’s stories recount each woman’s journey in starting her business and their creative processes. Cole discovered that many were quick to share their experiences and the hardships they faced while opening a business. Her black-and-white photos illustrate the book and pair with text gathered from hour-long interviews.

“One woman told me that her husband – when he read her story – cried because he was so sorry, he didn’t know those things about her,” Cole shared. “He had just never thought to ask.” 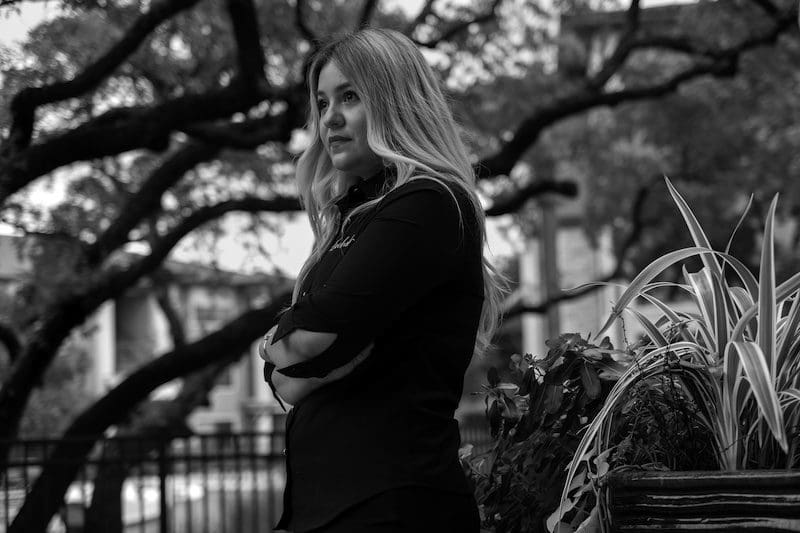 Cole decided it was best to photograph subjects as they talked and went about their work. She shot candid shots of women gardening, reading, holding dogs, and standing in front of their businesses. Cole doesn’t like staged posing and strongly feels her photographs need to tell a subject’s day-to-day story. Highlighting diversity was essential, too, with the book showing subjects of various ages, ethnicities, races, and educational backgrounds.

“I wanted the women and their stories to be very relatable,” she said. “We look at others as examples; role models; something to aspire to. When we see those in positions ahead of us, it gives us hope to do that, too.”

Cole strongly believes creatives need to express themselves often and without conviction. And ultimately, it’s about doing work that makes one happy. With She: (Believed She Could So She Did), Cole wants future female entrepreneurs to see role models and find the inspiration needed to continue their journeys. She also wishes that those featured in the book will continue to pursue their distinctive callings.

“I hope that they continue to believe in themselves,” Cole said. “The path towards personal satisfaction is not always linear. Being a strong, confident, creative woman that is proud of the work she does is the best inspiration for young women.” 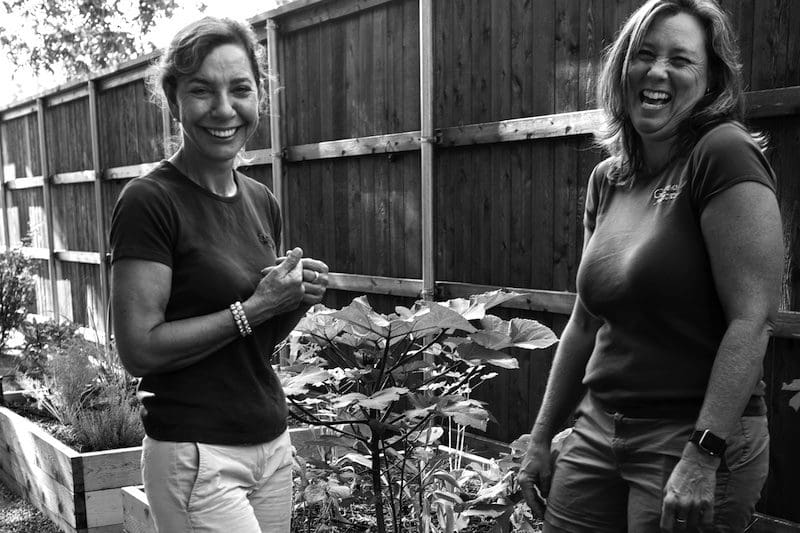