Scarlett Baily is a Mexican-American visual artist who draws inspiration from her hometown of El Paso, Texas. Her grandmother’s wild cactus-covered backyard is a place where she has always felt safe. The stars above Texas, the border landscape, and past exchanges with her family are the memories she incorporates into her work.

For Baily, painting is about expressing herself to an audience through the lens of culture and identity. As a girl and young woman, she always felt insecure about her image. Having grown up in two different worlds, one American and the other Mexican, it was challenging to feel like she belonged in either culture. Baily believes that learning to paint her narrative has given her permission to come fully into herself (finally). 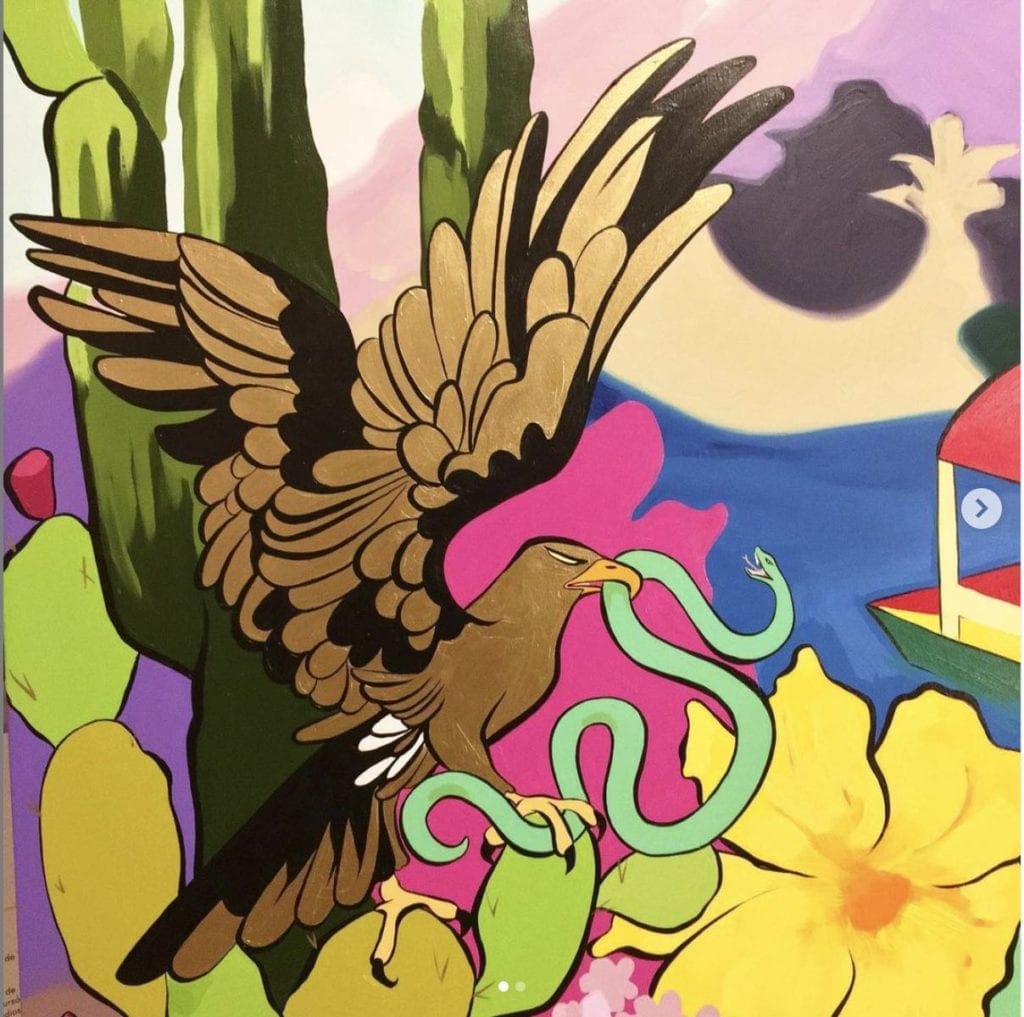 Baily entered the University of California in Santa Barbara as a communications major. She was always aware of the inner artist calling, yet hesitant to become a full-time painter, frightened by the myth of the “starving artist.” She quickly changed her major to art history to do museum work post-graduation.

While living in New York City, Baily began posting a collection of drawings on a personal blog. She started to receive commissions, press, and art show opportunities. Baily expanded her studio to Mexico City to strengthen the connection with her heritage. Today, her work has appeared in Vogue, Architectural Digest, and Elle, among others.

In 2019, Baily was commissioned to paint several murals inspired by her upbringing for Culture One World, a social ad agency in Washington, D.C. The project gave her the green light to share her identity and vulnerability on a monumental scale. As personal as Baily’s compositions are, the theme of belonging continues to ring universal. 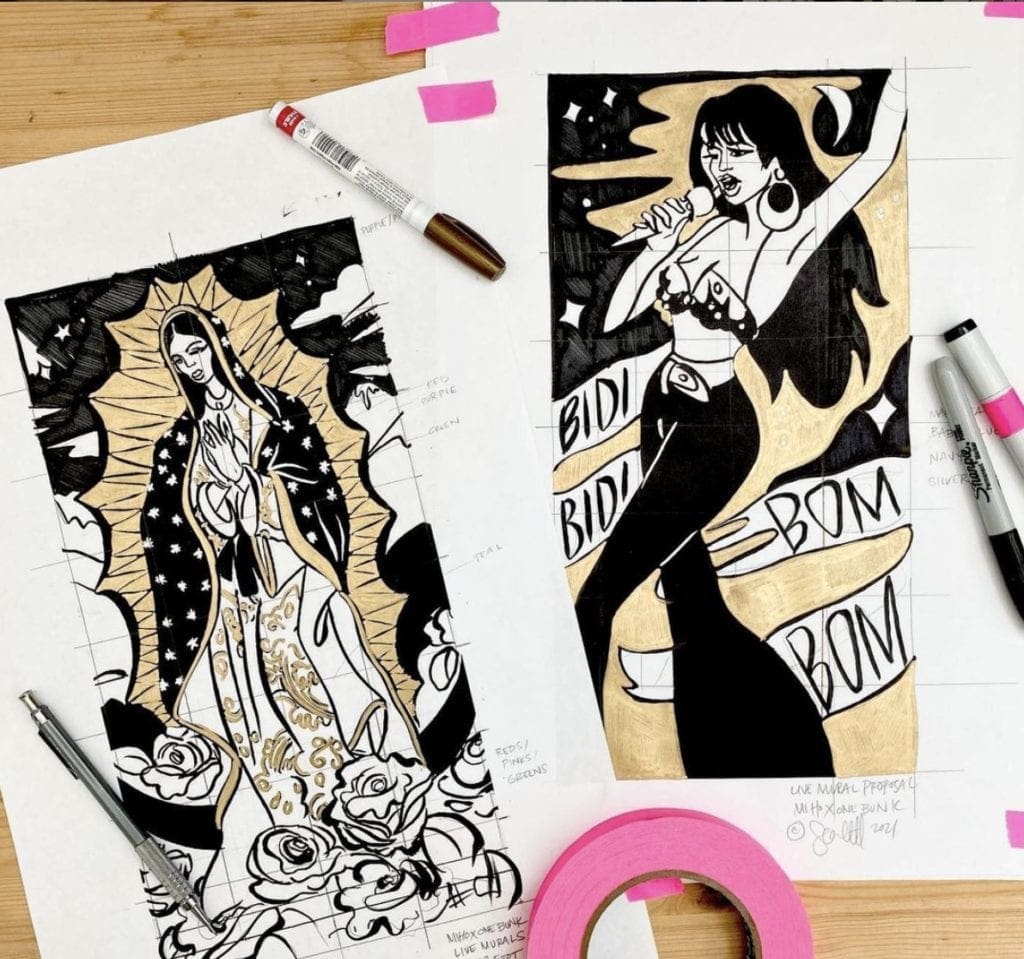 Regarding advice for young artists, Baily stresses that the first leap is the hardest.

“Make it, and share it however you can!” she says. “Don’t wait for permission or affirmation. Art is a long road. Once you start, keep working on it and keep practicing. Thirty minutes a day or two hours a week is an excellent start to homing in on your creative process.”

Baily also advises that girls and female creators not feel suffocated by the idea of success but instead focus their energy on making art that is true to their hearts. Making art is what should inform one’s journey. By taking one step at a time, everything will fall into place.

Embracing her insecurities has been humbling for Baily and frees her as a person and an artist. In the end, it is her multicultural background that provides incredible bursts of creative energy and inspiration. Today Baily is proud of who she is and hopes her work inspires others to do the same. 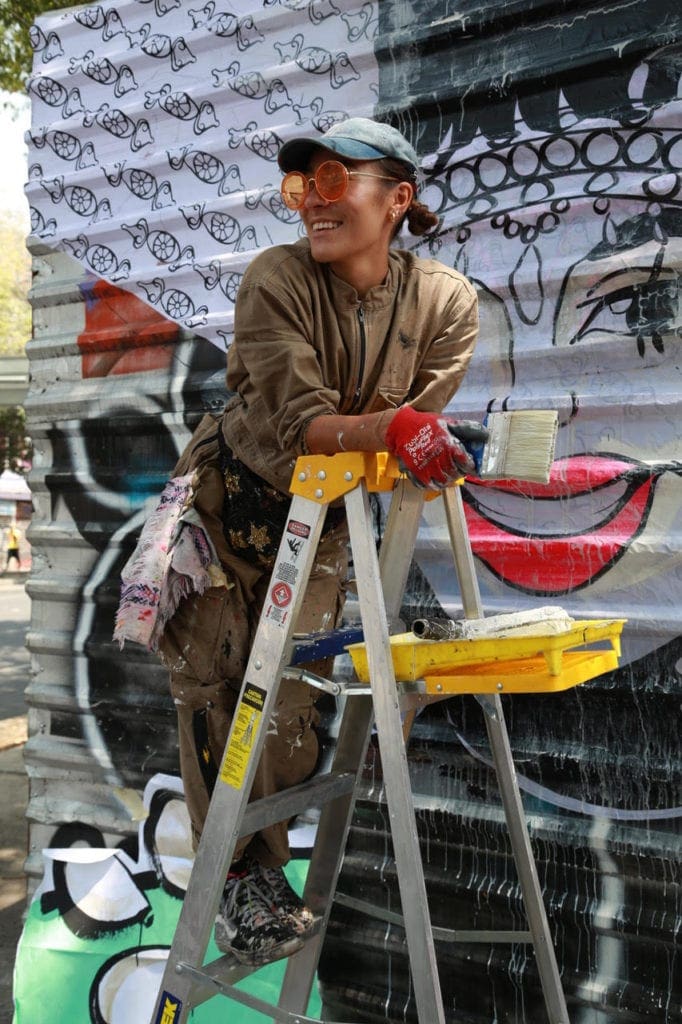