This October, Girls That Create intern Yohana Franco had the opportunity to attend the Texas Conference for Women. The event is part of the Conferences for Women, a nonprofit, nonpartisan organization. Its mission includes helping to drive discussion on issues of importance to women in business and small business owners. Below is Franco’s recap and some valuable takeaways she learned from speakers such as  Malala Yousafzai, Ali Wong, Indra Nooyi, and more.

Although this year’s Texas Conference for Women was virtual, there were no limits for attendees to network and hear from an array of outstanding speakers. The event’s theme was “Break Through,” and everyone was reminded to break through the barriers in their lives, keep going forward, and not limit their abilities.

It was my first time attending a women’s conference, and I really appreciated how greatly executed it was. Within the website, you could navigate through the career hub to get one-on-one resume review and coaching. There was also a hub to learn about career advancement, leadership, job searching strategies, and healthcare for women.

Attendees could also check out a women-owned business community hub where they could offer support and learn about organizations in their community. During the conference, nine breakout sessions provided attendees with helpful information ranging from building trust in your new hybrid workspace to advice on mental health and tips on receiving equality in the workforce. Lastly, three prominent keynote speakers offered career and life lessons.

Malala Yousafzai was the first speaker. She is known for her strong passion for girls’ education, equality, and ongoing activism. In her interview with Audie Cornish, the co-host of NPR’s All Things Considered, Yousafzai advised carrying the best qualities of one’s childhood throughout life and, for her, that meant always believing in her dreams.

Her father, Ziauddin Yousafzai, is a Pakistani educator, activist, and humanitarian who established a thriving school in their rural home in Swat Valley. Inspired by her father’s activism, Yousafzai began her campaign for girls’ education at age 11 with an anonymous blog for the BBC, Diary of a Pakistani Schoolgirl. She would join her father on his visits to neighboring villages to recruit for the school.

Their crusade was the subject of a New York Times short documentary in 2009. Independently, Yousafzai began attracting international media attention and awards. Due to her increased prominence, at age 15, she was attacked by the Taliban for speaking out.

In 2013, she founded Malala Fund with her father. A year later, Yousafzai received the Nobel Peace Prize in recognition of her efforts to see every girl complete 12 years of free, safe, quality education. Since then, the United Nations recognizes July 12 as Malala Day in honor of young activists, and she recently completed her undergraduate degree at Oxford University.

When Cornish asked Yousafzai what advice she had for women who fight for equality, she advised everyone to remember there will be times of self-doubt and that we must continue to push beyond societal constraints. Additionally, Yousafzai said if we believe in ourselves, have faith in ourselves; then we can make change happen. 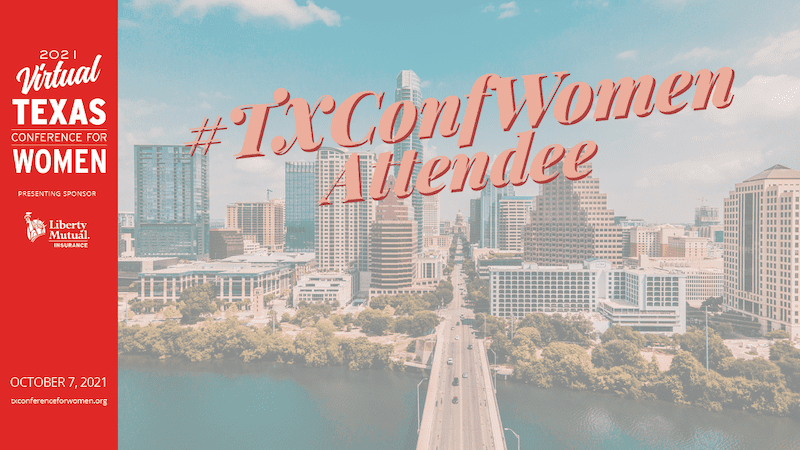 For the second keynote, actor, comedian, and best-selling author Ali Wong spoke with Lisa Ling, executive producer and host of CNN’s This Is Life. Wong is mainly known for her stand-up comedy shows. She shared her career as a comedian began after finishing college and moving back in with her parents. Desperate for some space, she took a chance on open mic gigs, and the rest, as they say, is history.

Wong’s first Netflix stand-up special, Baby Cobra, was filmed when she was seven months pregnant. The day before its premiere, Wong’s interview with Marc Maron on his podcast WTF was released. He called the special “the most honest, rawest, funniest special I’ve seen in years.”

She soon after became a trendy Halloween costume. Both male and female fans dressed up in Wong’s iconic red glasses, black and white striped dress, and pregnant belly. The Smithsonian has requested the ensemble become part of the Museum of American History’s collection.

During her talk with Ling, Wong shared her experiences with failure throughout her career. “Bombing is a crucial part of the process,” she said. When a crowd is not engaging with a joke, that’s Wong’s cue to change things up. She also discussed self-sabotage and for attendees to consider what options and opportunities life is presenting.

“So many times we think there’s so much in the way of our dreams coming true,” said Wong. “But when you focus on how much is available to you and how much is not stopping you, it can be really, really conducive towards a breakthrough.”

Wong’s second stand-up special, Hard Knock Wife, also premiered on Netflix, as did her feature film, Always Be My Maybe (which she co-wrote and co-stars in). In the first four weeks, the film was seen by 32 million viewers. Wong’s book Dear Girls: Intimate Tales, Untold Secrets & Advice for Living Your Best Life was released in October 2019 and became an instant New York Times bestseller.

In closing out, Wong advised everyone to be really passionate about something because nothing should stop us from pursuing that passion; we have the tools needed. She also urged attendees not to focus so much on outer appearances and instead use their precious time to be with the ones they love and do the things they love doing.

Indra Nooyi, the former chairman and CEO of PepsiCo (2006-2019), closed out the keynotes. In this role, Nooyi was the chief architect of Performance with Purpose, PepsiCo’s pledge to do what’s right for the business by being responsive to the needs of the world around us. She spoke with Pat Mitchell, editorial director, TEDWomen, and former CEO, PBS.

Before becoming CEO, Nooyi served in various leadership roles at PepsiCo, beginning in 1994. Before that, she worked for Asea Brown Boveri, a Zurich-based industrials company, Motorola, and The Boston Consulting Group. Nooyi began her career in India at Johnson & Johnson and Mettur Beardsell, Ltd., a textile firm. She served as a member of the PepsiCo board of directors between 2001 and February 2019.

When Mitchell asked how she has handled the roles of a leader at work and mother at home, Nooyi explains it is about duality and recognizing that women can soar and thrive as much as men do, especially if they have support. She also believes everyone, especially leaders, needs to come to the table to openly discuss changes needed so businesses can truly tap into the extraordinary talent of the female workforce.

“Once you reach the top of a position of power, it behooves you to pull people up,” said Nooyi. “Because if you don’t, what’s going on? You’ve got to pull up both men and women, but you’ve got to give women an extra tug because very often, women don’t pull themselves up.”

Nooyi told the audience that sisterhood is essential when climbing the corporate ladder and asked women to build a supportive structure versus a competitive one, leading to us helping each other as we move up. She also implored attendees to recognize the value of mentors taking an interest in their careers.

“People pick you to mentor because they see something in you that says this person is destined for bigger and better things, and I want my name attached to them when they are rising in whatever they do. Mentors pick you.”

I was not sure what to expect when I logged into my first Texas Conference for Women. It was exciting to discover network opportunities and chances to receive tips on maneuvering the workforce as a woman. I also felt inspiration and motivation to break through barriers in pursuit of personal aspirations. All too often, women give up on dreams because of self-doubt, fear of rejection, or a belief that their ambitions are not as important as the desires of others. If we want to change the world and have greater equality, all of us must put these unhelpful mindsets to rest.

Hulu Launches Made By Her: Monuments

Four Actions to Raise Your Girl Into a Natural Leader