In 2020, as a result of the pandemic, PBS NewsHour released the series Beyond the CANVAS to inspire audiences with art and culture stories. A second season arrived in 2021 and continued to revel in the power of the arts. Hosted by broadcast journalist Amna Nawaz, the 26-minute episodes feature an array of talent, providing insight into industries and inspiration for current and future creators alike. Here are three episodes centered on several women (we, of course, recommend you watch the entire series).

In an episode that focuses on writers, we begin with playwright and actress Danai Gurira. After attending graduate school, Gurira used her education to break down doors in the realm of representation. “I want women and girls of African descent and of color to be able to not have to keep searching for stories about themselves,” Gurira said, noting the disparity in tales featuring people of color.

The episode continues with author Margaret Atwood, who is most recognized for her novel-turned-hit-series The Handmaid’s Tale. Atwood recently wrote the sequel The Testimonies nearly 30 years following the release of her original book. The reason? “It makes women front and center,” Atwood said. “But it does not say all women are angelic beings who would never, ever do anything wrong.” Decades after its release, The Handmaid’s Tale still ignites political and social conversations about women’s rights, with the sequel pushing the discussion further.

We start with actress, playwright, and professor Anna Deavere Smith, who uses theatre and movies to reveal the effects of inequality and discord on American communities. The episode also catches up with Julie Andrews, known across generations for her iconic roles in Mary Poppins and The Sound of Music. Andrews now co-authors children’s books with her daughter. The great-grandmother hopes to continue her involvement in children’s lives, both on and off the screen.

Additional segments focus on country music legends Loretta Lynn and Dolly Parton. Parton’s nonprofit Imagination Library encourages literacy to children through book donations. In May 2020, she released the single “When Life is Good Again.” The song reflects on bettering oneself and promoting kindness.

Lastly, we meet multimedia artist Carrie Mae Weems. Her lifelong mission has been creating art for social change, and Weems, in her more mature years, has no intention of slowing down.

Focused entirely on the art and culture of Mexico, Nawaz discusses the country’s global renaissance initiated by prominent actors, filmmakers, chefs, and street artists. The episode starts with Roma star Yalitza Aparicio, who made history as the first Indigenous woman from the Americas to be nominated for an Oscar for best actress.

The former teacher, who had never acted, auditioned for the Netflix drama on a whim. Aparicio was then quickly launched into stardom, now using her platform to raise awareness about Indigenous culture and the rights of domestic workers. “For me, it means that I’m giving a voice and visibility to causes that are correct, in my opinion,” Aparicio said. “I enjoy fighting for my Indigenous community because I feel proud of who I am.”

Another woman creative featured is filmmaker Fernanda Valadez, whose work centers around prominent social issues in Mexico. “It’s part of our reality,” Valadez said. “It’s good for us to think about doing films in Mexico, and perhaps our generation can change that.” Valadez joins the ranks of several other globally recognized Mexican filmmakers who are paving the way for those wanting to join the industry.

Ending with chef Gabriela Cámara and the street artists of Mexico City, this episode gives viewers a taste of the vibrant, contemporary art scene of a country steeped in tradition. 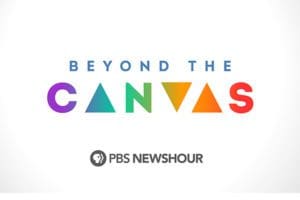