For Ella Mika, acting started as an evening family pastime. She and her family would take turns impersonating celebrities, influencers, and everyday people from their lives, with one member acting and others having to guess the impersonation. Mika’s father had acted professionally back in his native country, Armenia, before the family immigrated to the United States in 2008. He has always supported his daughter’s acting aspirations, as have the rest of her family and friends.

A voracious reader, Mika counts books by Tui T. Sutherland and Rick Riordan as childhood favorites. After having read Riordan’s Percy Jackson & the Olympians book series, she watched the movies and fell in love with the art of film storytelling. When asked what draws her to acting, Mika shares it’s the endless possibilities of becoming someone else.

“Being able to really experience new lives each time you work on a different project, that’s so interesting to me how you get so invested and basically become that character you’re playing,” she said. “Plus the work environment, traveling, all of that drew me in. The easiest part of acting for me is memorizing lines because, at Armenian daycare, they’re really big on performances, so that we would learn full-on monologues at the age of five.” 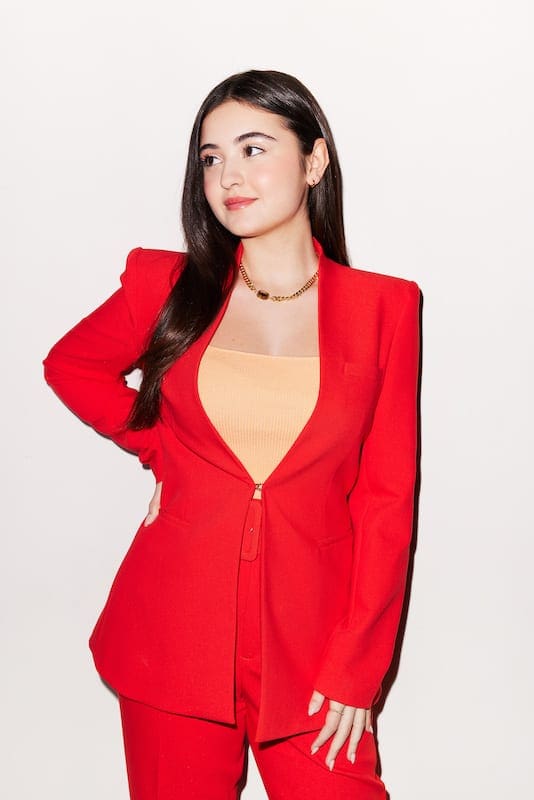 After a couple of years of appearing in commercials for “My Little Pony” and “Red Robin,” Mika landed her first mainstream role as young Helena Bertinelli, a.k.a. Huntress, in director Cathy Yan’s Birds of Prey (and the Fantabulous Emancipation of One Harley Quinn). Mika remembers the elation of arriving on set and meeting Yan.

“She had the best vibe, the best energy, constantly providing words of encouragement, and was just amazing,” Mika recalled. “I personally think that we need so many more women directing because it’s such a joy working with them. With men too, but you usually just don’t see women in that role, and of course they’re just as talented.”

In 2020, Mika was cast in her first television series role, becoming part of the sitcom Chad created by Nasim Pedrad. Pedrad, who first made her mark on Saturday Night Live, is also a show writer, executive producer, and showrunner. Chad follows the adventures of a 14-year-old pubescent Persian boy as he navigates his first year of high school. He is on a mission to become popular, which means Chad’s friendships and sanity are often pushed to the limits. He must also endure his mother’s new dating life while reconciling with his cultural identity. In a unique twist, Pedrad, who in real life is a thirty-something woman, plays Chad.

Mika’s role is Niki, Chad’s younger and popular sister, who often bickers with him as only siblings can at school and in family settings. Mika had never envisioned being part of comedy but is now thankful for the opportunity. She points out there is a lot of inclusivity in Chad, something she’s very proud of, and that it feels amazing to be part of a project that made people laugh and enjoy something at home during the pandemic. In May 2021, the series was renewed for a second season.

The Role of Confidence

When Mika isn’t juggling schooling with acting or booking her next role, she loves to embrace the arts of all kinds. She’s trained in Latin American ballroom dance, with Samba currently being her favorite. For Mika, dance is not just exercise; it’s a form of meditation.

Regarding advice for girls who dream of a full-time career in acting, she stresses the importance of perseverance and understanding there will be rejection.

“I’m just going to be really honest; the entertainment industry is tough, especially in the beginning,” Mika said. “You’re probably going to go through hundreds of auditions before you ever get a callback. When you walk into a room, have confidence in yourself because the casting crew can feel it if you don’t. Even if you mess up your lines, displaying confidence goes a long way. I also advise young girls to explore more than one thing, don’t focus on just acting. You might actually fall in love with directing or some other role on a film set, don’t ever limit yourself.” 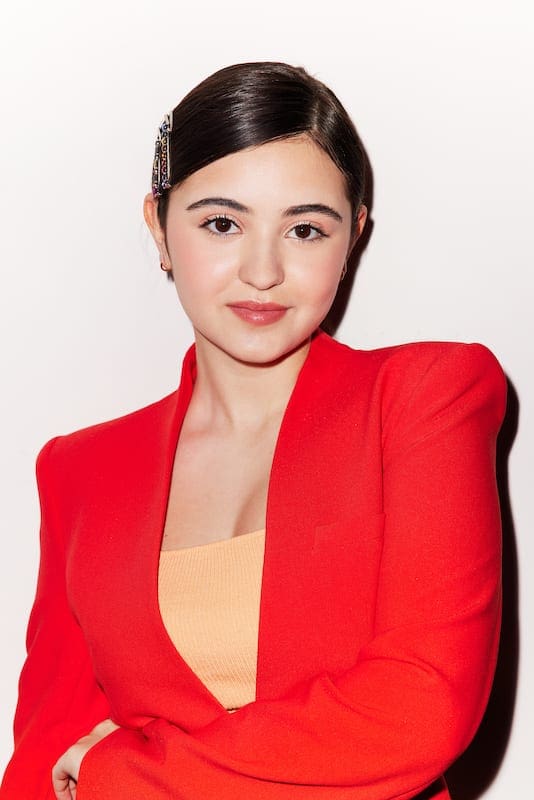 Nurture Your Girl’s Creativity With a Daily Routine