Kicking off with the theme “Renew. Reconnect. Re-ignite.” the 2022 California Conference for Women inspired and connected attendees nationwide with renowned speakers, virtual networking, and career advancement opportunities. Women were encouraged to celebrate their power, embrace emotions, and pursue a hopeful future in the wake of the pandemic.

Being my first women’s conference, I was initially intimidated attending such a renowned event. But with an easily accessible virtual platform and various networking events, I was immediately put at ease and could fully immerse myself in the speakers’ advice. 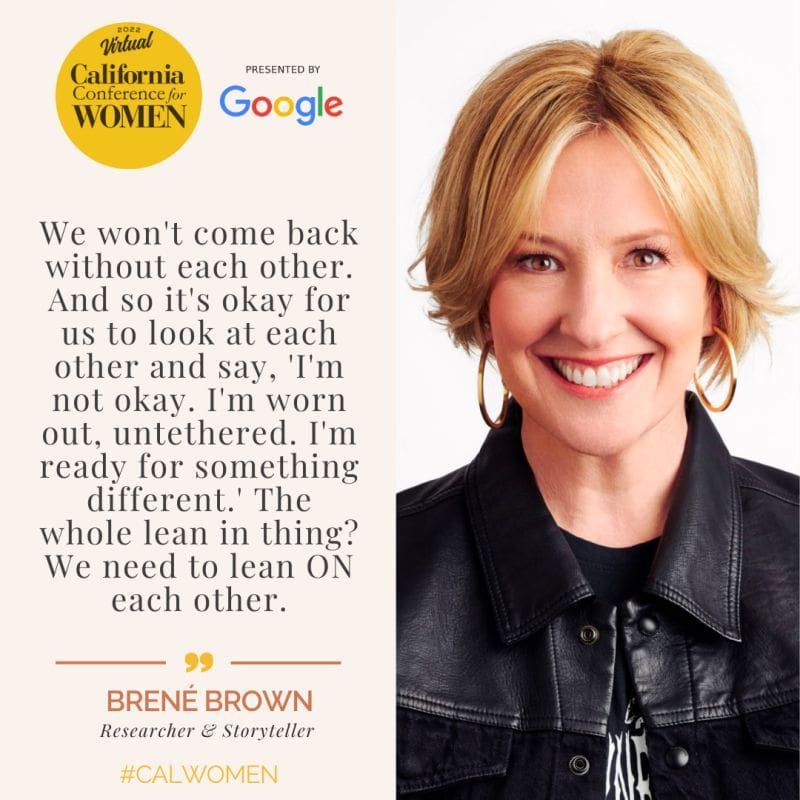 Brené Brown opened the conference as the morning keynote, moderated by cultural commentator and podcast co-host Aminatou Sow. The best-selling author and research professor discussed what she is perhaps best known for: the power of vulnerability.

Brown’s TED talk on vulnerability remains one of the organization’s top five most viewed, and her six books have topped New York Times bestseller lists. She became the first researcher to film a lecture for Netflix titled The Call to Courage. On top of teaching at the University of Houston and guest lecturing at the University of Texas at Austin, Brown hosts two weekly Spotify podcasts, Unlocking Us and Dare to Lead. Exploring courage, shame, and empathy, Brown has found that we must embrace the struggles encompassing all these emotions.

Differentiating between stress and being overwhelmed, Brown advised correctly naming what you feel in the moment to best recover.

“The power of language to shape how we are feeling matters,” Brown said, noting Jon Kabbat-Zen’s research on the “shutdown” that often happens when we say we are overwhelmed and cannot reset. “Getting it right matters if we want to manage it and get through it.”

Brown reflected on how she often does two-word “check-ins” on her team members to let them know they are seen and heard. Asking those around you what support looks like for them is important, Brown said, emphasizing that a good leader does not choose between the well-being of people and good metrics.

“It’s okay for us to look at each other and say, ‘I’m not okay, I’m worn out, untethered. I’m ready for something different,'” Brown said. “The whole lean-in thing? We need to lean on each other.”

Brown said that people need to stop pretending that everything is okay, emphasizing that the pandemic has given us the “once in a generation” opportunity to rebuild.

“The moment that we build the capacity to turn towards pain and grief and look at it in the eye, rather than run from it our entire lives, is the moment we unlock incredible magic in our lives,” Brown said.

Brown’s keynote ended with singer and actress Andra Day, who performed her Emmy-award-winning single “Rise Up.” 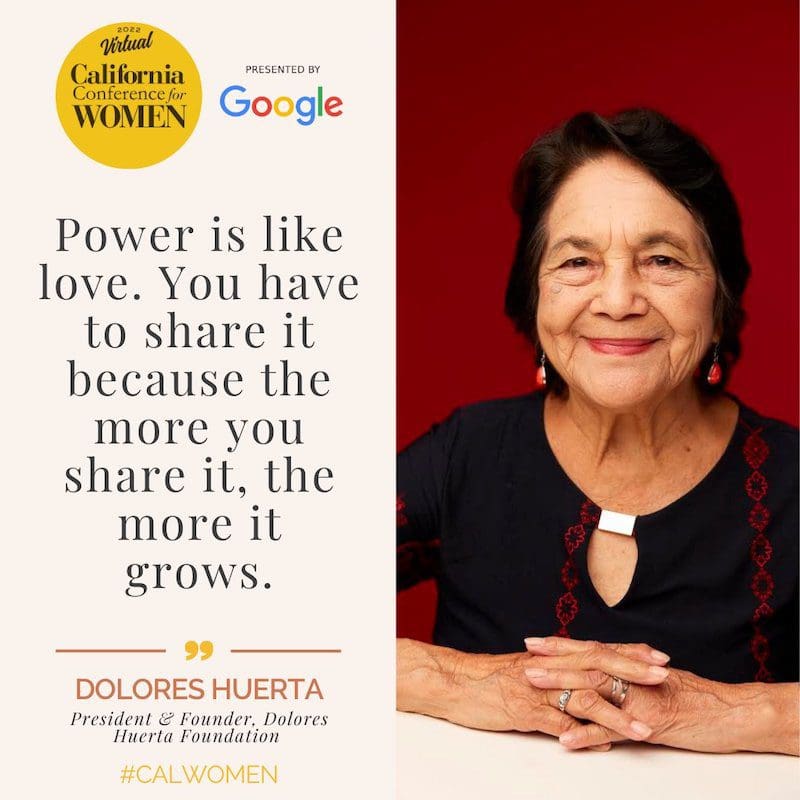 An activist for nearly 70 years, Huerta founded the United Farm Workers Association alongside fellow civil rights icons César Chavez and Philip Vera Cruz. As the founder and president of the Dolores Huerta Foundation, she continues to champion women and Latinos in her fight for civic engagement and representation. She was the first Latina to be indoctrinated into the National Women’s Hall of Fame and awarded the Presidential Medal of Freedom.

“The main thing you need to learn is not to stay quiet,” Huerta said. “Especially when you see that there’s been an injustice that’s been committed somewhere. Speak out there; don’t hold back.”

Women have a natural talent to be resourceful, Longoria told Huerta, but often lack the courage and mentorship to let their power flourish.

Calling for more civic education in schools, Huerta finds that change comes from awareness and putting in the work, such as volunteering for campaigns or organizing a cause.

“We have to expand our voices as women and get more people involved,” Huerta said. “Women’s intuition, women’s leadership, and women’s voices are needed. Desperately needed.”

The second half of the keynote featured Mary J. Blige, who conversed with Sweet Equity Media founder and podcast co-host Ellen McGirt.

The acclaimed “Queen of Hip Hop Soul” recounted her journey into the music industry, from singing as a girl in the projects of New York to now releasing her fourteenth album as a multiple Grammy-award-winning artist. Past struggles with alcohol, drugs, and sexual assault led her almost to commit suicide, but Blige said she remembers reaching a “tipping point” when she realized that taking her own life would cause harm to countless fans.

Blige said that your worth comes from surrounding yourself with the right people and knowing how much to give. It is by rising above our pasts that we can empower other women.

Blige’s recent single ‘Good Morning Gorgeous’ is an uplifting anthem about embracing yourself.

“The song comes from a place that was dark, but it was the light that I needed to get out of the situation,” Blige said. “I learned that speaking positive words over my life manifests nothing but positivity, and ‘Good Morning Gorgeous’ was something I spoke to myself.”

Blige’s story is a testament to the resilience that lies within every woman.

“You’re going to get a little afraid; you’re not going to know what’s ahead,” Blige said. “But just keep moving. And if you fall down, just get back up.” 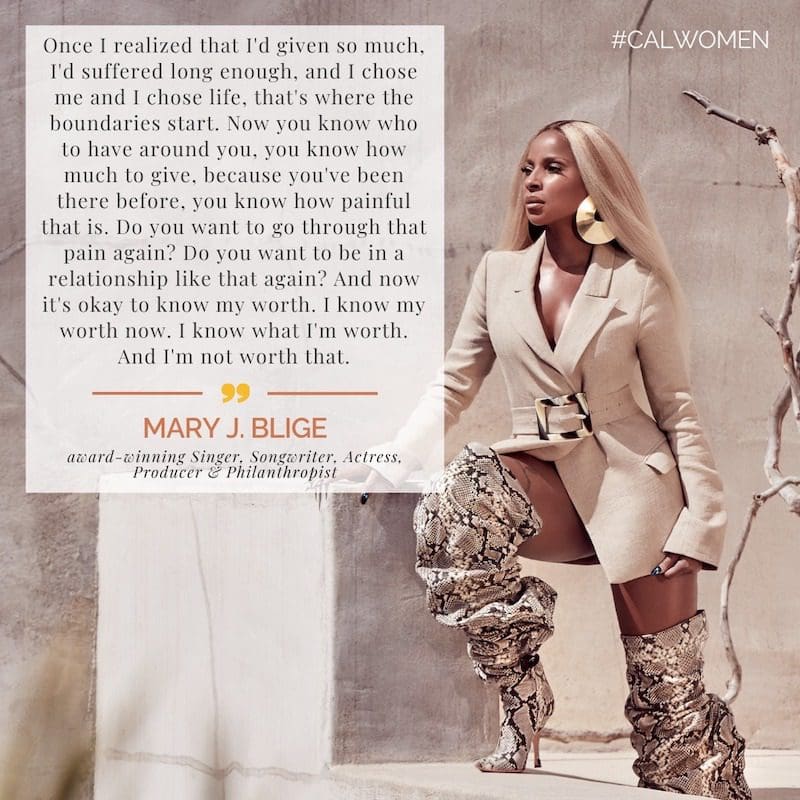 Although lacking in-person interaction, the virtual conference benefited attendees personally and professionally through unforgettable speakers and numerous networking events. I left it feeling renewed and inspired. The speakers’ stories and advice from breakout sessions empowered me to tackle the remainder of the year. I was also reminded of my power as a woman, plus the community of resilient women I have cheering me on every step of the way.

Why Parents Should Build Self-Confidence in Kids