It cannot be stated enough. Consuming various books encourages empathy with others, challenges beliefs, and offers new ways of thinking. Readers learn and celebrate diverse cultures and identities. This includes reading literature by Black female writers. To see through the lens of Black protagonists, dive into these 10 notable and renowned books.

This trilogy is a group of fantasy novels that tell Yeine Darr’s story. She finds herself in the throes of a power struggle over her grandfather’s throne, Dekarta, the King of the World. Amongst the fierce battle for power with her cousins, she must also solve her mother’s murder while dodging the Sky Gods and their influence. Jemisin’s entire series won Locus Award for Best Novel in 2011. It was also nominated for the World Fantasy, Hugo, and Nebula award.

2) Parable of the Sower: Octavia Butler

Parable of the Sower is the first installment of a two-part book series. It is a science fiction, dystopian novel written in 1993 about the 2020s. The world is in deep peril regarding climate change issues, the growing separation between classes, and corporate greed. In the midst of this, the story follows Lauren Oya, a young woman who lives in a safe gated community with her family.

Lauren suffers from a condition called “hyperempathy,” meaning that she can feel others’ pain and turmoil without even trying. After outsiders breach her community, destroy her home, and kill her family, Lauren becomes the sole survivor. Alone, she treks up North to find refuge and a new sense of purpose in a world that is transforming.

This novel follows the lives of two half-sisters, Effia and Esi. Effia marries a British governor, James Collins; meanwhile, her sister Esi is under their home in a dungeon. The story describes the lives of both sisters and their 14 descendants. Homegoing won the 2017 Hemingway Foundation/PEN Award, American Book Award, and the Vilcek Prize for Creative Promise in Literature.

Emira Tucker is a 25-year-old college graduate who Alix Chamberlain hires to babysit her toddler daughter Blair. On a supermarket trip, Emira is accused by the store’s security guard of kidnapping Blair. The incident sparks a budding romance, exposes Alix’s checkered past, and leads to a more extensive conversation about explicit and inexplicit racism.

Celestial and Roy are a young, middle-class African-American couple that lives in Atlanta. Roy is a sales rep, and Celestial is a successful artist. Their lives are turned upside down when the police arrest Roy for a crime he did not commit. An American Marriage won the Women’s Prize of Fiction in 2019 and was selected for Oprah’s Book Club 2.0 in 2018.

6) The Hate U Give: Angie Thomas

Starr Carter is a 16-year-old girl who goes to a leading private school that’s predominantly white. Her life shifts when she witnesses a police officer wrongfully shoots and kills her childhood friend, Khalil. Like many tragic stories in the media, Khalil was an unarmed Black man.

His death becomes a national headline. The media’s portrayal of Khalil’s life paints him simply as a thug and drug dealer. Some police officers and a local drug dealer threaten Starr so she’ll  keep quiet about the night Khalil lost his life. Speaking the truth could put both Starr and her family in grave danger. What will she do? The book was adapted into a film in 2018.

Zélie Adebola craves the magic that was once present in her kingdom of Orïsha. The magic was snuffed out by a heartless king. He did away with all the maji, including Zélie’s mother. To restore the magic and bring hope back to her people, Zélie embarks on an incredible journey. Adeyemi weaves West African mythology and the Yoruba culture into the narrative to discuss race, class, and oppression.

8) Red at the Bone: Jacqueline Woodson

Red at the Bone tells the story of 16-year-old Melody, who is having a coming-of-age ceremony at her grandparent’s house. For the occasion, Melody is wearing a special dress. One that was sewn together sixteen years prior for her mother’s own ceremony…an event that never took place. The book goes forward and backward in time and dives into Melody’s family’s history and the role she has to play in their ongoing story.

Get a Life, Chole Brown is the first part of Talia Hibbert’s romance trilogy. Chole is a chronically ill computer geek. Her mission is to “get a life” after almost losing her own. She has a list of seven things that must happen to accomplish this goal:

Chole has always walked a straight line. However, with a new determination to rebel, things are about to be very different.

Ng tells the story of two families in the 1990s. Elena Richardson lives a conventional life as a writer for the local newspaper. She is wealthy and, with her husband, is raising four children. Everything changes for Elena when Mia Warren moves into a rental property she owns. It appears that Mia is running from something. Over time Elena begins to uncover precisely what those secrets are. A miniseries based on the book premiered on Hulu in 2020.

The Importance of Black Literature In Different Genres

In novels like these, readers lose themselves in engaging characters. Black literature contains countless relevant narratives and are part of every literary genre. For non-Black allies and Black people alike, there’s something for everyone. If this list inspires you, check out the books at your library or purchase from your local bookstore. And look for other Black writers whose work will significantly impact your view of the world. 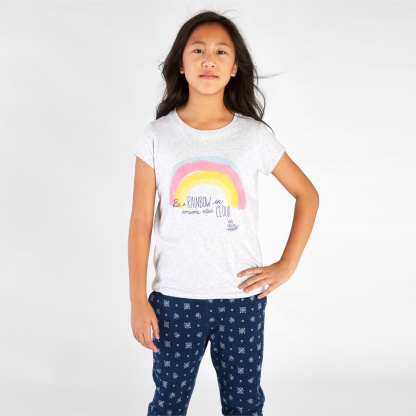