What are the roles for women and girls in science fiction (SciFi) and superhero films and television? Are they visible? Are they powerful? Are they inclusive? What do their representation, voice share, presence — or absence — mean to the stories that shape our imaginations of who we are and what is possible? These are just some of the questions approached in the study Superpowering Women in SciFi Superhero Films: A 10 Year Investigation by WOMEN’S MEDIA CENTER with BBC America.

“At this time of enormous, sweeping, social change, it’s important that television and film provide an abundance of roles and role models for diverse girls and young women,” said Julie Burton, President and CEO of the WOMEN’S MEDIA CENTER. “We know that representation matters, and impressive box office numbers show that women filmmakers make great films and women and girls lead the charge to watch them. Despite that, our analysis shows we still have a long way to go for sci-fi and superhero films to reflect the views and visions of women and girls.” 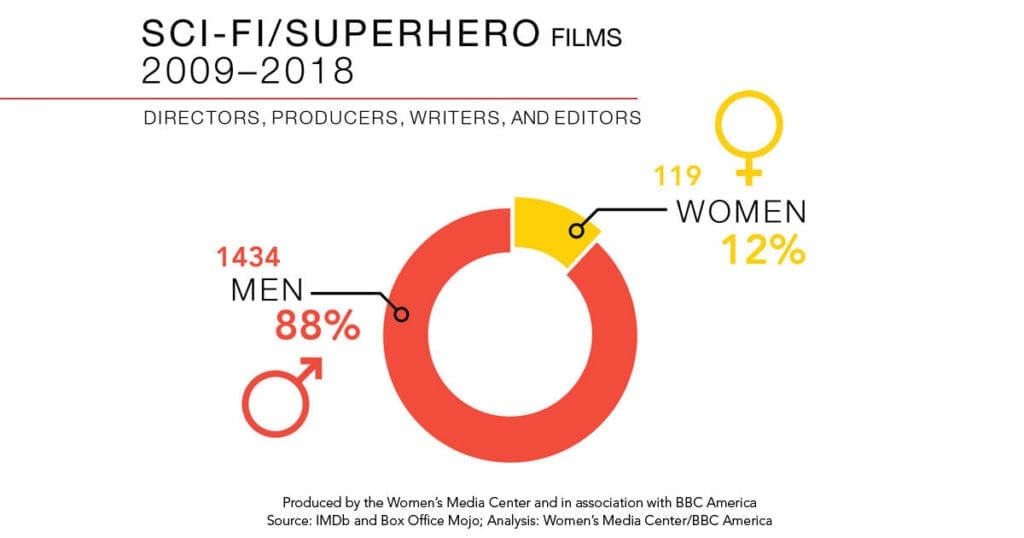 Behind and In Front of the Camera

There has been a slight uptick in opportunities for women, particularly in front of the camera — an indication that demands by media and gender advocates, filmmakers, journalists, and audiences, has begun to make a difference. Some key findings from this latest report show:

Impressive box office numbers for films starring and/or directed by women — such as WONDER WOMAN, the updated STAR WARS franchise, BLACK PANTHER, CAPTAIN MARVEL — are adding momentum to a lasting change where women filmmakers are invested in and the stories and voices of women and girls are heard.

The SuperPowering Women in Science Fiction and Superhero Film is the second in a series of studies from WOMEN’S MEDIA CENTER and BBC America highlighting the importance of representation. It follows Superpowering Girls: Female Representation in the Sci-Fi/Superhero Genre, which showed that youth from every demographic expressed a desire for more female heroes in the science fiction and superhero genre, with girls and youth of color especially wanting more sci-fi/superheroes who look like them.

The study also confirmed that representation onscreen can positively affect a child’s confidence, sense of opportunity for the future, and overall self-image. 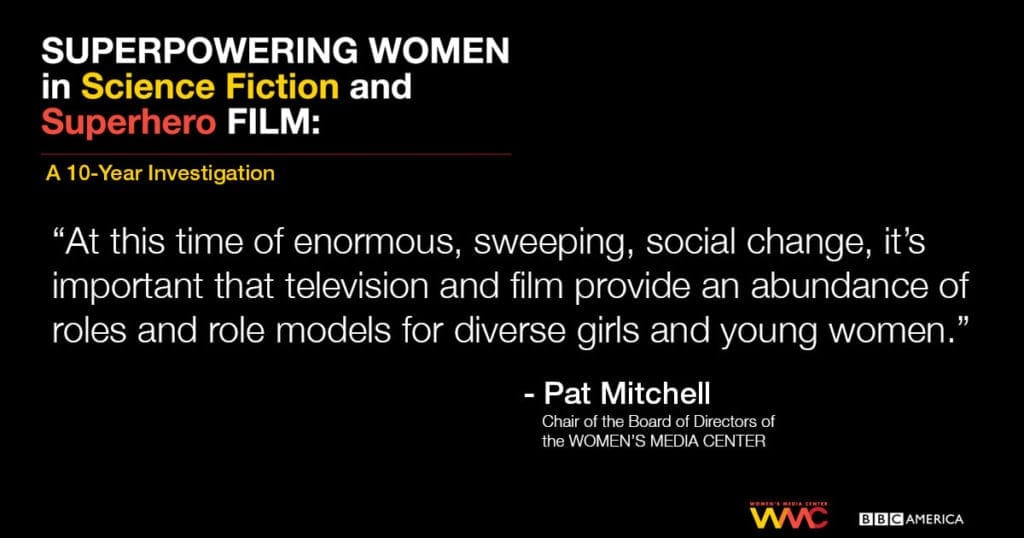 Why Girls That Create

MoPOP Presents “Heroes and Villains: The Art of the Disney Costume”