The first band Felicia Bennett saw in concert was 311 at the Lakewood Amphitheater in her hometown of Atlanta. There were tons of people, and Bennett remembers seeing sheer joy as music filled the venue. The experience planted a seed for her career as the founder and CEO of Get A Room Productions. The company offers Tour Management and consulting services to creatives in the entertainment space.

Bennett initially thought she’d become an engineer after being accepted into Syracuse University. That trajectory changed after she joined a women’s mentorship organization and realized her heart belonged to the music industry. Up to that point, Bennett hadn’t even considered music careers that had nothing to do with performing on stage.

“My mentor, Isabel, introduced me to a friend, Kirby Cook, who was part of the Bandier Program for Recording and Entertainment Industry Studies,” recalled Bennett. “She was like one of the four Black women in the program at the time. I remember sitting down with her and being told, ‘You’d shine in this program.’ It was no easy feat because it was unheard of to transfer in after starting at Syracuse. But I applied, secured a meeting with the Director, and got accepted over the holidays after my first semester. That was the best Christmas gift I could’ve gotten. Isabel and Kirby undoubtedly changed my life and career trajectory.” 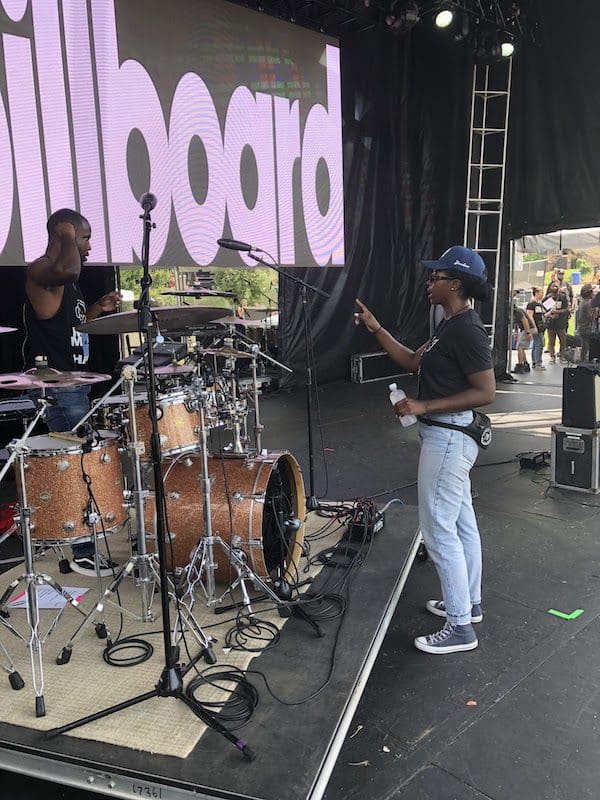 The Bandier Program combines the study of business, music, media, marketing, and finance with hands-on experiences to prepare students for successful careers in the entertainment industry. Bennett is the only one of her siblings who pursued working in a creative space. Her parents were supportive, especially after hearing about the Bandier Program’s reputation.

Bennett’s first college internship was with Sony ATV in NYC, which introduced her to the music publishing sector. For three years, she interned in many different music industry sectors, but nothing felt like a right fit until she met Tour Manager Chris Patterson during her senior year. He was out with the band St. Beauty. Patterson was building his own management company in Atlanta and told Bennett to contact him if she moved back and wanted to learn about working in that role. After graduation, she did.

“He held his word, which was incredible,” said Bennett. “He taught me the basics and what I needed to do to be a good tour manager—things like show production, etiquette, and what’s needed on the day of shows. Every artist is different, and communication is key. You need to be in sync with artists and know what they like and don’t like. Chris emphasized that when it comes to being a tour manager, you leave no rock unturned because everyone on tour always looks to you for answers. From a young age, my parents taught me there are no dumb questions. Because of this, I am not shy about asking anything that comes to my mind to ensure a tour is going to run smoothly.” 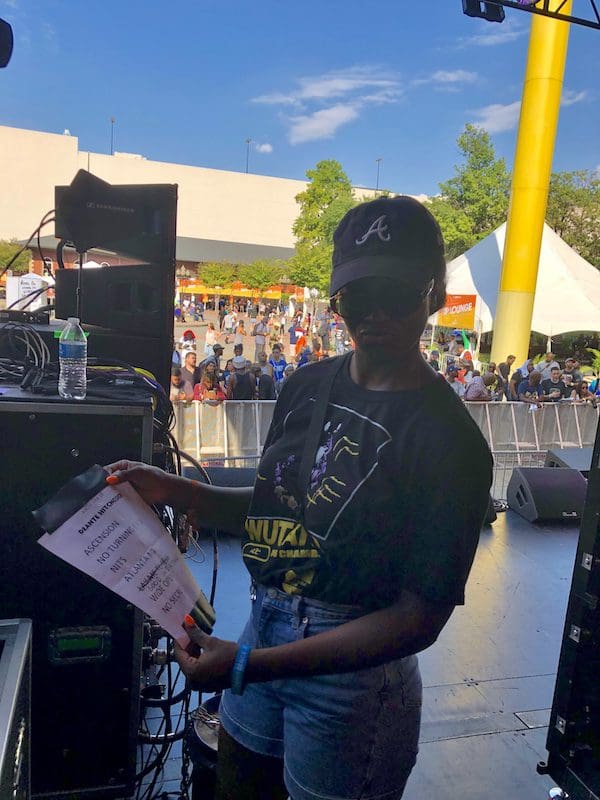 In the fall of 2019, Bennett quit her job at Live Nation to focus on tour management and to build out Get A Room Productions full-time. While on two back-to-back tours, she met up with a high school musician friend, Tanerélle, who asked if Bennett would be her manager. Believing in her friend’s talent, Bennett accepted the position and began booking shows for Tanerélle throughout the Los Angeles area. She also arranged for the singer to be the opening act for Ari Lennox on the 2020 New Zealand/Australia Shea Butter Baby tour. Then came the COVID-19 lockdown.

“I was in North Carolina on tour with the artist Rapsody; we were about to do her final show,” said Bennett. “Then the governor announces EVERYTHING is shutting down, so go home. As tour manager, I book flights, rent cars, and do everything possible to get the crew home. There was no closure to that tour. We just left. I also had to pull Tanerélle and her team out of Australia because they were already there for the Ari Lennox tour.”

The pandemic caused Bennett and Tanerélle to embrace virtual concerts, with Tanerélle performing one every few months. Bennett also relocated from Atlanta to Los Angeles, and in late 2020 the duo began putting together Mama Saturn’s Galactica, an online concert experience headlined and curated by Tanerélle. Released in 2021, it was a great financial and professional success.

Striving to be in Spaces

Today Bennett has returned to being a full-time tour manager and is a Master of Ceremonies for the global music community Sofar Sounds. Its purpose is to connect artists and audiences through live music. She is also on a mission to expose more women of color to tour management.

Bennett hopes her story inspires other women to enter the music industry as tour managers, venue managers, those handling music production, etc. She has lost count of the number of times crews mistook her for someone other than the tour manager and were surprised when she told them her position.

“General audiences don’t have a lot of exposure to who is behind the stage, making shows work,” reflected Bennett. “And in the media, it’s almost exclusively men showcased as tour managers. There’s been consistent imagery telling us there’s a specific person expected to be working these jobs. Women are expected to be either artists or backup singers/dancers. But there are so many more roles, and we must keep striving to be in those spaces.”

When asked what advice she’d give girls dreaming of entering the industry, Bennett advises looking for professionals doing work you might like to pursue. She gives the example of a classmate who loved movie soundtracks. If one stood out to her, she’d watch the movie credits, find the composer online, follow their social media, and study their career path.

Bennett also encourages young girls and women to reach out. See if there are company internship opportunities, join a mentorship program, ask to assist, or shadow professionals they admire. Most of all, don’t be afraid to knock on as many doors as possible to find a path forward to success.

60 Books About Women In Music

How to Support Creative Children: A Parent’s Firsthand Experience