Before becoming a children’s book author, Sasha Graham worked as a publicist, television writer and producer, and an executive for Walt Disney Studios. In the four years since Graham pursued writing full-time, she has written two children’s books, both part of her Tiny Ninja series.

Using the character of the “Tiny Ninja,” which represents the “bravest, strongest, most awesome version of yourself,” Graham encourages young readers to shed fear and pursue their goals. Her 2022 release Whitney Wins Everything follows themes of teamwork and self-confidence, empowering young readers to share their victories with those around them. Graham communicated with Girls That Create over email to discuss her start with writing, the creative process, and the future of the Tiny Ninja series.

Did you have any authors or books that inspired you as a young girl?

The earliest books that I remember loving were Where the Sidewalk Ends and A Light In The Attic, both by Shel Silverstein. They are full of funny, clever, and surprising poems with such awesome readability. I love the way Silverstein takes seemingly mundane things, like a girl who refused to take the garbage out, and turns them into a hilarious, relatable, and engaging poem. Poetry has a reputation for being high-brow, and these poems are anything but. They showed me early on that poetry – and writing in general – could be fun, irreverent, and still very smart.

You previously worked as a publicist, a television producer and writer, and an executive for Walt Disney Studios. How did your career experience inspire you to become a children’s author?

Every job I’ve had since graduating from college has involved a lot of writing, so in a way, I’ve been practicing for years. I feel so lucky to have spent so much time around smart, creative people in every job I’ve had. Working at Disney was particularly incredible because I had a front-row seat to the creative process. I saw the imagination and determination it took to bring a movie to the screen and was inspired not only by the end product but by what was discarded along the way.

My experience there helped me understand the vital importance of editing and taught me to really listen to my Tiny Ninja when something in a story doesn’t feel quite right.

What does your writing process look like for a project?

I’ve found that the stories that work tend to flow from the very beginning. Something will inspire me – it might be as simple as a phrase, a name, or a comment someone makes, and I will jot down a few notes. I usually get the first draft down pretty quickly and will often talk to my husband and my kids about it along the way. Then I’ll set it aside for a bit and come back to it in a week or two. If it still inspires me, I’ll get back in there—adding and deleting, reading things aloud, exploring places where there might be room for more humor or heart.

This is also the time when I get to know my characters and learn how they will act or react in any given situation. When I eventually have a story to a place that feels pretty good, I make myself a big bowl of popcorn and begin a ruthless edit (my husband hates this part because he claims to adore every word I’ve written, but he always agrees that it’s better once I’m done).

After this, I send the story to my editor, who returns it with her changes and suggestions, and the story develops even more until it’s finally to a place where I love reading it out loud. At this point, I know it’s ready to go to the publisher and for Angelina Valieva to start working her illustration magic!

You use the character of the “Tiny Ninja” to represent the bravest, strongest, most awesome version of yourself. How did you come up with the character?

Before my daughter was born, her big brothers nicknamed her “Tiny Ninja” because they were looking forward to her completing their trifecta of ninjas. They knew that she would – at least at first – be very little, so they called her their “Tiny Ninja.”

I loved the “small but mighty” feel of the name, and the Tiny Ninja naturally weaved its way into stories I was working on. When I eventually hit upon this idea of personifying our best self as a Tiny Ninja, I knew it was something special.

The first Tiny Ninja book, Milo Does Not Like Mornings, came out in 2019. What made you decide to continue the series with Whitney Wins Everything?

There are just so many stories out there to tell! I always envisioned Tiny Ninja Books as a collection, and before publishing Milo Does Not Like Mornings, I already had quite a few Tiny Ninja stories to choose from. I am inspired by both the diversity and commonalities of our experiences, and I’m so excited to keep expanding the Tiny Ninja universe! 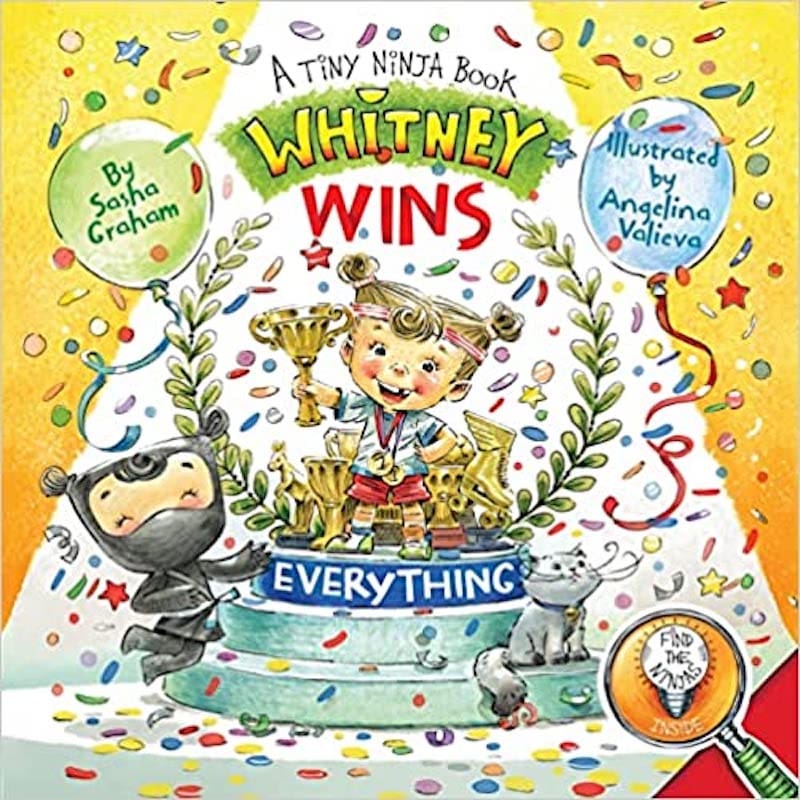 You balance Whitney’s desire to win with her ultimately sharing the spotlight with a teammate. Can you talk about the importance of using teamwork to win?

I like to say that life is a team sport. Working with a team gives us the extraordinary opportunity to be more than the sum of our parts, and great teammates give us the chance to achieve far more than we ever could alone.

In your opinion, why should a child’s competitive spirit be nourished and not denied?

A few years ago, I coached my younger son’s basketball team, and during our first game, we were massively outplayed and outscored. I initially felt relieved that the league didn’t keep score, but as I made plans for our next practice, I realized the problem: without victory or defeat to motivate us as a team, what was the point?

I wanted to tell my players that if we worked hard and played as a team, we could eventually come away with a victory. I wanted them to set this goal to work towards as a team – a common focus that would unite and motivate them. But without an impartial scoreboard to back me up, the onus was on me to tell my players that they hadn’t played well, and this certainly seemed to fly in the face of the spirit of the “no-score” policy.

The reality is that we can play for the love of the game AND love for success. Defeat is not something to be avoided by never competing; it is something to learn from and be motivated by.

By eliminating scorekeeping in youth sports, we are not sparing kids the agony of defeat, we are telling them that failure is so bad that we need to avoid it at all costs. We need to be teaching our kids that no matter how good they are, they won’t win every time. The icons we admire and revere are people who fought through failure and were motivated by defeat. Our kids will be much happier in the long run if they learn early that failure is not the end of the world and that it is not a reason to quit.

What does your Tiny Ninja tell you?

There was a time when I regularly ignored my Tiny Ninja. I put more importance on what other people thought or said than what I felt. Now, every time I find myself in a challenging situation, I literally ask myself, “How does my Tiny Ninja feel about this?”

It is a remarkably simple –  but incredibly effective – way to distill things down to their essence, and it always helps me understand what it is that I should do.

You are also a mom. Do you draw inspiration from your children? How do they help your writing process?

One of the things that I love about what I do is how much of it my kids experience and how involved they are. We don’t really witness what other people do for a living most of the time. My family is completely involved with each Tiny Ninja Book from the idea phase all the way through publication and beyond. I’ll never forget reading what I thought was the final draft of Milo Does Not Like Mornings to my daughter, who was seven at the time. [I remember] her pointing out that most kids wouldn’t know what an “interview” was, so we changed the word to “meeting.”

What lessons or ideas do you hope your readers draw from your stories?

First and foremost, I want readers to have fun. Whitney is a firecracker, and I hope readers fall in love with her ferocious competition passion. Second, I would love for readers to take away that we all have it in us to change course when we realize that the way we’ve always done something no longer serves us.

Too often, we just keep doing things out of habit even when they no longer make us happy. In Whitney’s case, her Tiny Ninja helps her realize that she doesn’t need to give up the thing she loves, which is winning, but that there’s a way to do it that will bring her a lot more joy.

Finally, I hope Whitney helps readers remember the life-changing magic of being part of a team. Working together for a common goal, having people cheer you on, and cheering other people on is incredibly important and feels great.

What advice do you have for young girls who dream of pursuing a career in writing?

Read as much as you can in all sorts of genres and seek opportunities to write wherever you can find them! Challenge yourself to try different kinds of writing; fiction, technical, non-fiction, reporting, etc. Enter writing contests. I also strongly recommend writing for your school newspaper and yearbook.

You will learn to work under deadlines within the constraints of a word count on a wide range of topics. From medicine to entertainment to construction, every field needs great writers, and opportunities to make a living writing are everywhere. Finally, writers are the most supportive, welcoming, encouraging group you’ll ever meet, so don’t ever hesitate to reach out for advice and guidance. That said, we also tend to be introverted, so it is always best to start with an email! 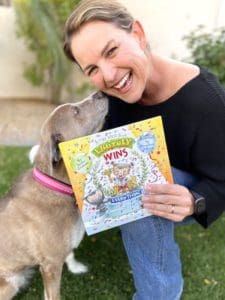