From a young age, 3D chalk artist Jan Riggins knew art was in her essence. She had grown up in a home filled with creations by her mother, a prolific artist who painted a Christmas card for every person on her list, and a grandmother who sculpted and worked with watercolors. Although Riggins focused mainly on music in her youth, she dabbled in drawing and working with colored pencils.

But it was not until she came across an ad for the Fort Worth Chalk Art Festival that Riggins realized her work could show on the streets. Even though she’d never worked with the medium before, Riggins won the Honorable Mention award for the chalk festival’s amateur division. 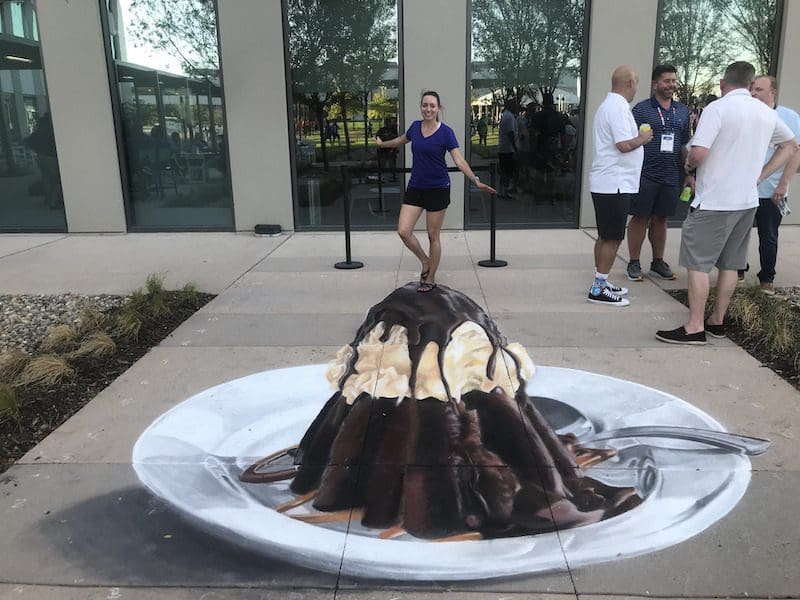 Over the next several years, Riggins honed her skills, eventually moving into the professional division and realizing there were events across the country. At the start of 2020, Riggins aspired to enter at least six chalk art festivals during the year.

Pressing on Despite Pandemic

Like the rest of the world, COVID-19 halted Riggins’s plans. It also made in-person interactions with her beloved community of chalk artists impossible. When she started out, Riggins had been extremely touched by how supportive other artists were and how quickly they answered questions or gave advice. Now they were no longer seeing each other at events.

Despite the disappointment and discouragement, Riggins decided to keep pressing on and share her art. The first pandemic canvas? In her driveway where two coy fish and a tarantula appeared. Soon different chalk artworks emerged nightly thanks to Riggins’s talents.

“My neighbors started walking by, and they loved it,” she said. “I posted it on our HOA Facebook page. People would be so excited and go specifically past our house on their walks.”

Riggins’ daughter Olivia soon joined in on the fun. Every week the duo would draw to spread light to those passing by, many of whom shared the creations on social media. Local news outlets began covering the work, leading to an appearance on The Kelly Clarkson show. 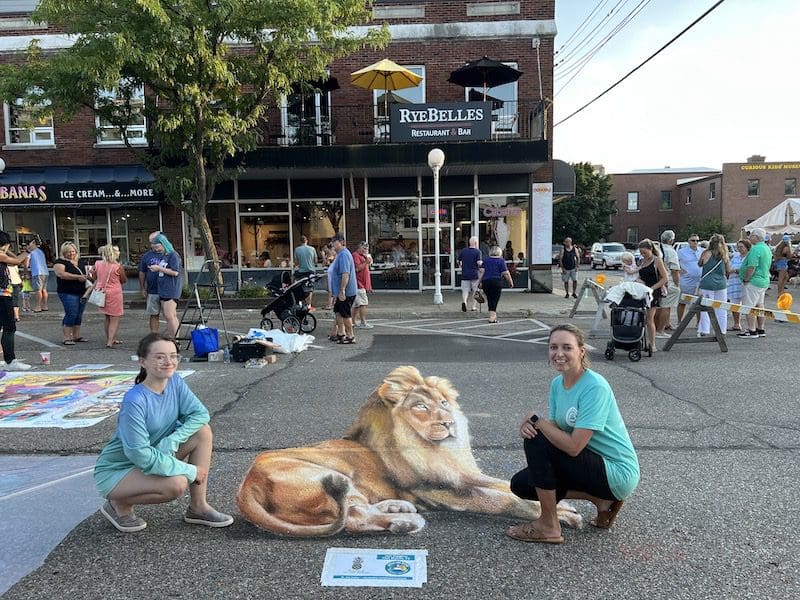 Today Riggins works as a freelance chalk artist, often with her daughter as a partner. The experience is a full circle. Riggins sees her love of art as a gift from her mother and one she has now passed down to the next generation.

She points out that chalk art differs from other mediums as its creative process occurs in the open, not hidden away in a studio. Chalk art is a way for people in communities to come together and allows artists to interact with those passing by.

“If you’re interested in chalk art, do it,” she said. “There’s a supportive community waiting to help you. You have to say yes to various opportunities, even if you don’t know where they will lead. Everybody’s journey is different; do what you do well and do what you love.” 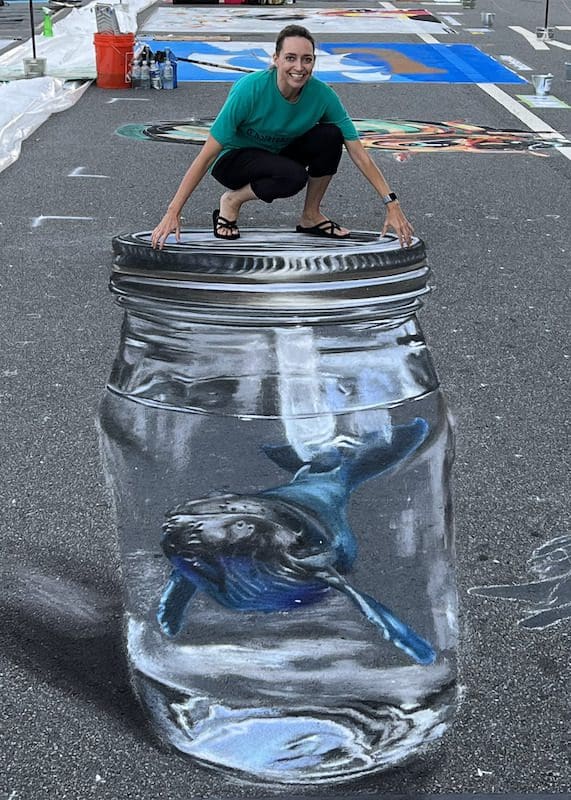