In 2013, a group of women banded together to create The Kilroys, a grassroots collective of playwrights, directors, and producers advocating for gender parity on American stages. The name Kilroy was derived from a World War II graffiti tag “Kilroy Was Here,” which soldiers left in unexpected places to make their presence known.

Playwright Caroline V. McGraw is a member of The Kilroys. She is also a graduate of the playwriting MFA program at the Yale School of Drama (where she had the opportunity to study under Pulitzer-winning playwright Paula Vogel). McGraw’s plays include 1983, Believeland, Ultimate Beauty Bible, The Bachelors, Tall Skinny Cruel Cruel Boys, and The Vaults. She is a recipient of a Tow Foundation Playwright-in-Residence and Page 73 Playwriting Fellowship. McGraw corresponded with Girls That Create via email about The Kilroys and her career.

Did you have any playwrights or theater makers that inspired you as a young girl?

I went to a summer theater camp in elementary school, where we mostly worked on musicals. I loved going to the library and checking out classic musicals like Singin’ in the Rain, Meet Me in St. Louis, and Annie. When I got to high school and became interested in plays and playwrights, I got excited by Caryl Churchill. My high school theater teacher was the first person who really encouraged me to look at theater as a career; she assigned me a scene from Churchill’s Top Girls in her acting class. It changed the way I thought about plays. All the characters were so real, but the play felt otherworldly.

How did you know you wanted to become a playwright?

As a freshman in high school, my English teacher recommended me for a young writer’s program at the Cleveland Playhouse. The Playhouse had free Saturday playwriting classes for students interested in theater. After the first class, I was hooked! I enjoyed acting, and I loved writing, but I didn’t understand how to merge the two interests. I took two more playwriting classes at the Playhouse and decided to pursue writing in college. The instructors at the Playhouse took all the young writers very seriously—they gave us notes like we were professionals.

What does your writing process look like? How do you know when an idea will become a play?

I tend to think about a play for a while before I actually start writing it. I’ll make little notes to myself to get characters, lines, or scenes down, but I try to let the play tell me when it’s ready to really begin in earnest. That’s how I know an idea is going to bloom into something real—it becomes uncomfortable for me to not sit down in front of my computer and let the world of the play onto the page.

Once I begin a play, how it unfolds really depends on the script—I’ve written plays where the whole first draft sort of spills out of my mind in a matter of a few weeks or even days, and others that have taken years to get to a first draft. Once I have that draft, it’s important to me to hear it pretty quickly with actors—I don’t know how to feel about a play until I’ve heard it out loud.

Your work focuses on dark comedy and feminist ideas. What draws you to these themes? What do you hope audiences will take away?

Even though women have always been artists and always made art, always written, always created, it wasn’t until relatively recently that women writers and creators were part of the mainstream conversation on a large scale. That’s frustrating, but it’s also exciting as a writer—so many experiences of being a woman are ripe for artistic exploration.

I write dark comedy because there’s so much about being a woman that is maddening, weird, upsetting, hilarious—and sometimes joyful—I can’t help but look at it through the lens of absurdity. I’ve always been a voracious reader—I loved L.M. Montgomery, Louisa May Alcott, Ann M. Martin’s Babysitters Club series, Judy Blume, and Beverly Cleary—I was drawn to books about girls and women who were ahead of their time, who saw the world differently than the world saw them, and who were often seen as pushy and too much.

I hope audiences can come out of my plays entertained, perhaps shaken, and with a new perspective. I aspire to make work that is challenging, where the characters are specific and interesting, and maybe not easy to like, where the questions don’t have easy answers. I like writing about women who have a darkness in them because we all have that—we just have to admit it to ourselves. 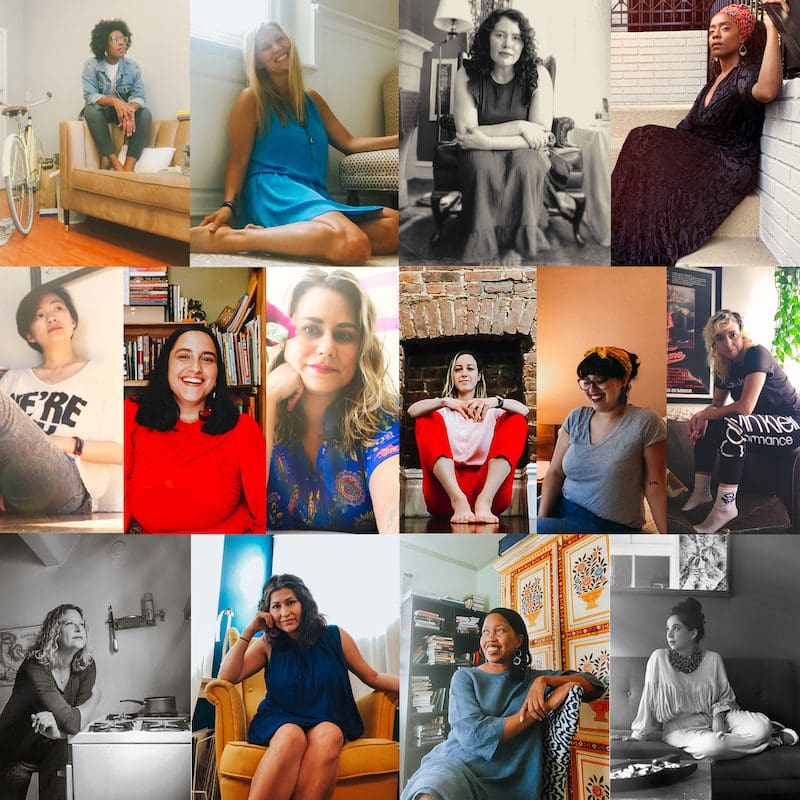 You are a member of The Kilroys, a grassroots collective advocating for parity on American stages. How would you describe your experience with this group?

Being a member of The Kilroys is inspiring. Each member is a great artist—we have playwrights, directors, producers, and performers—who are passionate about making sure underrepresented writers’ voices are heard. The founding members chose the current members of The Kilroys, and we started our tenure in late 2018.

We really only got a little over a year of working together before the pandemic pushed our work online. It’s been challenging to advocate in the live performance arena while live performance was shut down, but we got creative and had a chance to host some wonderful online events and build bridges between artists all over the theater industry. We are excited to continue our work now that live performances are back.

What is the best piece of playwriting advice you have gotten?

I studied underneath the great playwright and teacher Paula Vogel in graduate school. Early in my first year, she talked at length about approaching our writing workshop—and our careers—with the attitude that a rising tide lifts all boats. It is easy to fall prey to career envy, comparison, and worry that another writer has gotten an opportunity you don’t have or is doing better work.

It is so much better for your art and for your soul to be genuinely happy and excited when your peers are successful—in fact, the writers Aminatou Sow and Ann Friedman coined the phrase “Shine theory” to describe it. It’s a useful touchstone for every area of life, and I think about it a lot. I think that has informed my desire to work with the Kilroys—I want to see great plays by women and nonbinary writers onstage, and I want to support those writers in any way I can.

You write for both theater and film. How do you approach each medium, and what do you love about them?

I’m newer to writing for film, so I’m coming at it as a novice, which is fun and a little scary. I’ve been writing plays for a long time, so I feel freer in bending the rules of the form and how to say what I want. Something I love about film and television writing is the chance to allow a face or an image to tell a story where dialogue can’t—there are no close-ups in theater!

What advice would you give to a young girl interested in playwriting?

I learned how to write plays by taking playwriting classes but also by going to see plays and reading a lot of them. I took full advantage of student rush tickets in high school, college, and beyond. I was open to seeing pretty much anything. New plays, old plays, Shakespeare, musicals, classics, devised work—if it seemed interesting, I was there.

I know that seeing theater isn’t always accessible for a lot of reasons—money, location, transportation—but reading plays at your local library is a great way to learn about playwriting! If your library doesn’t have a play you want, you can always ask them to order it. You can also buy plays at the Drama Book Shop website or secondhand at stores like Thriftbooks. The Kilroys have published two monologues books by women and non-binary playwrights that are available at TCG—and a lot of libraries! It really helped me zero in on my own writing voice and my taste and to appreciate that there were people making work that I loved that I would never write myself.

My biggest piece of advice is—to write a lot! Don’t be precious about it. Have your friends read your scenes and plays. It’s tempting to wait for a play to be perfect before letting other people see it, but professional playwrights share imperfect work all the time. That’s what rewriting is for! 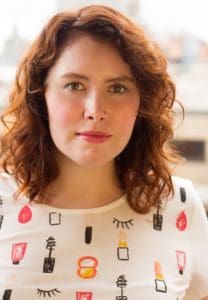 Founder and CEO of The Broadway Podcast Network Dori Berinstein