Beloved in households and classrooms worldwide, the children’s book The Dot tells the story of a girl (Vashti) who begins a self-discovery journey after a teacher challenges her to “make her mark.” Known as author Peter H. Reynold’s “storybook for all ages,” the lessons of the book are celebrated by millions every year on September 15, designated as International Dot Day.

“The Dot more than anything celebrates the power of creative teaching,” Reynolds explains in educational materials for International Dot Day. “Despite the test-centric world we live in, creative teachers know how to find those aha moments — much the same way that my 7th-grade math teacher Mr. Matson’ connected the dots between math and art, which changed my life.”

To honor that moment, Reynolds dedicated The Dot to Mr. Matson.

Make a Mark and See Where It Takes You

In the The Dot, Vashti refuses to draw because she simply cannot. Her teacher then appears at her side, and readers see a very vital exchange occur between them. The teacher begins with a joke claiming that Vashti has drawn a polar bear in a snowstorm because her paper is blank. Vashti laughs, but it’s clear that she’s frustrated.

Her teacher says, “Just make a mark and see where it takes you.” This line speaks volumes. It shows how much power educators possess through their words and how the right communication can instill self-love and confidence at every turn.

Vashti makes her single dot and signs the paper with her teacher’s encouragement, returning to see the painting framed the next day. Believing that she can make a better dot than the one hung up, Vashti begins to understand her own capabilities. She opens up her never-used before watercolors and begins experimenting with multitudes of colors, sizes, and drawing techniques, all the while still painting her signature dot.

The story concludes with a young boy admiring Vashti’s works shown at the school’s gallery. This boy says he will never draw correctly and demonstrates his so-called lack of skill by making a single squiggly line. “Sign it,” Vashti says, and the story ends. 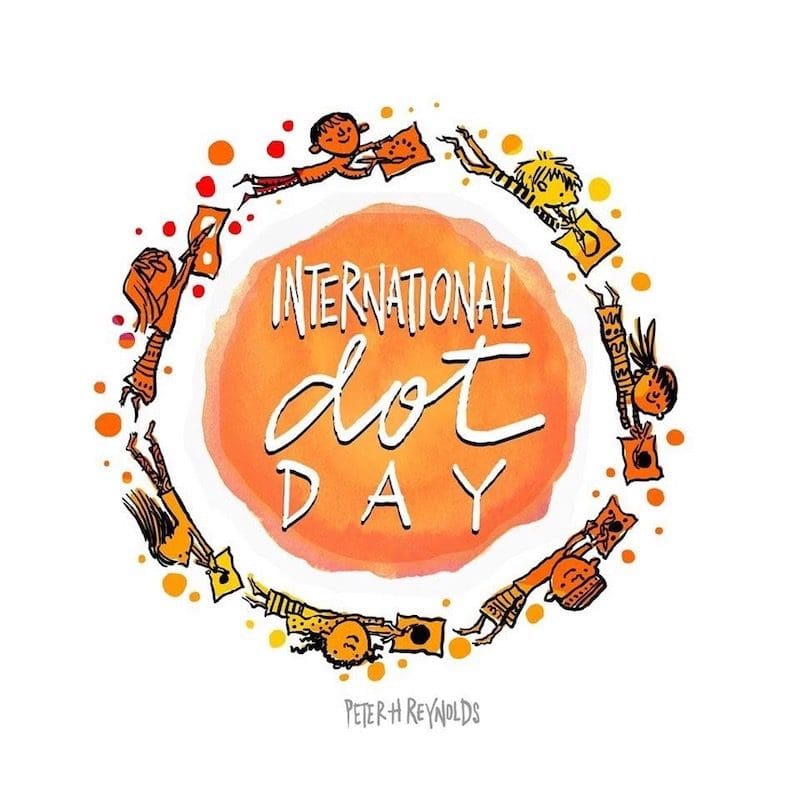 Helping Children Learn About Themselves

There are many lessons we can learn from The Dot. The one that stands out most is giving students a chance. Vashti’s teacher could have chided her for lack of motivation or reminded her that “this assignment is for a grade young lady.”

Instead, the teacher let her student express herself in whichever way she knew how even if in that moment it wasn’t much or felt unsatisfying. At one time or another, we have all found ourselves demanding perfection on the first try or feel discouraged when we aren’t immediately talented at a particular craft. The Dot teaches readers that originality and authenticity speak the loudest.

By being given the opportunity, Vashti hones a craft she otherwise would never have attempted. Her signature becomes aligned with an original work of art, one that inspires others. The remarkable effect which comes from being encouraged is that, in turn, she wants to encourage others. When Vashti sees a young boy like herself at the story’s beginning, she finds a new maturity in herself. She has grown and can use her newfound self-worth to build up others.

We must give children time to understand their own capabilities in a way that helps them learn about themselves. Parents and caregivers should try to be patient when a child is frustrated and can only manage something small.

That simple reassurance can instill a solid foundation of courage. “That wasn’t so hard. Maybe I can try more,” the child might say. When Vashti saw her initial dot framed on the wall, she immediately knew she could do better, even though just the day before, she didn’t think she could create any art at all. A child’s capabilities can be just below the surface. All it takes is the right amount of encouragement for them to tap into their imagination.

International Dot Day reminds us that people can have a beautiful influence on each other. It is possible to unlock potential by merely communicating with compassion and good intent. On September 15 (and throughout the year), we should all remember that encouraging confidence can uplift others and ourselves. 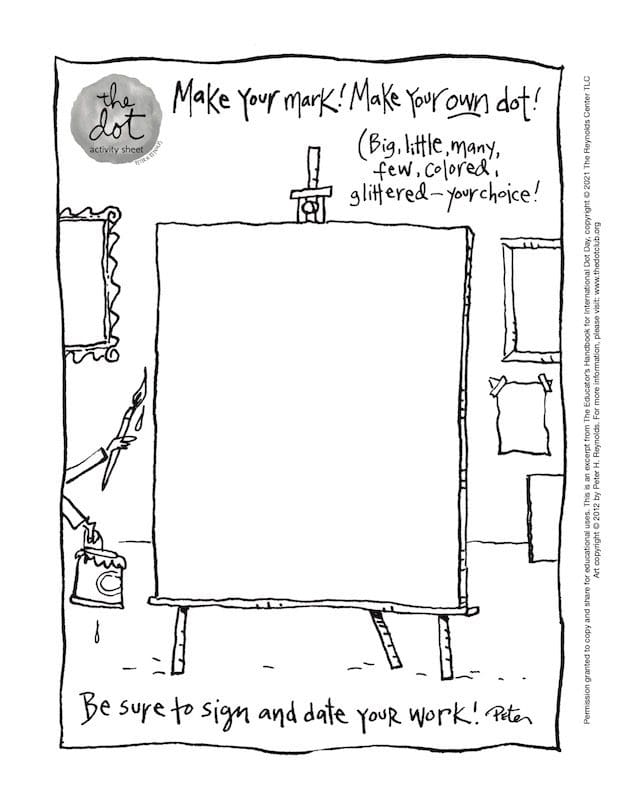 Reynolds’s goal is “to help children protect their creative spirit and give their parents, teachers, and caregivers the support and tools to bravely make their mark in learning, creative self-expression, and civic problem-solving.” Published in over 25 languages, his books inspire children and grown up children with his messages about authentic learning, creativity, bravery, empathy, and courageous self-expression.

Images and activity provided by International Dot Day, a project of The Reynolds Center for Teaching Learning & Creativity