On June 18, 2022 The Museum of Pop Culture (MoPop) in Seattle, Washington, will open the Ruth E. Carter: Afrofuturism in Costume Design exhibit. More than 60 costumes from over a dozen films (including the Oscar-winning Black Panther) will be displayed. Carter’s original sketches and artwork will also be featured, illuminating her powerful process and historical research. This exhibit is a must-see for any film buff, fashionista, or admirer of amazing women.

Inspired by African tribal wear, Carter fuses the traditional and contemporary in her designs while incorporating technology to deliver fashion and function. It’s no secret she is considered a preeminent voice and expert on Afro aesthetics.

Any fan of Black Panther remembers the jaw-dropping awe when introduced to the vibrant world of Wakanda. A vital aspect of that visual storytelling was the costumes designed by Carter, who became the first African-American to win an Oscar for best costume design. It was her third nomination (previously, she was nominated for Malcolm X and Amistad).

In her Oscar acceptance speech, Carter said, “Marvel may have created the first black superhero, but through costume design, we turned him into an African king. It’s been my life’s honor to create costumes. Thank you to the academy. Thank you for honoring African royalty and the empowered way women can look and lead on-screen.” 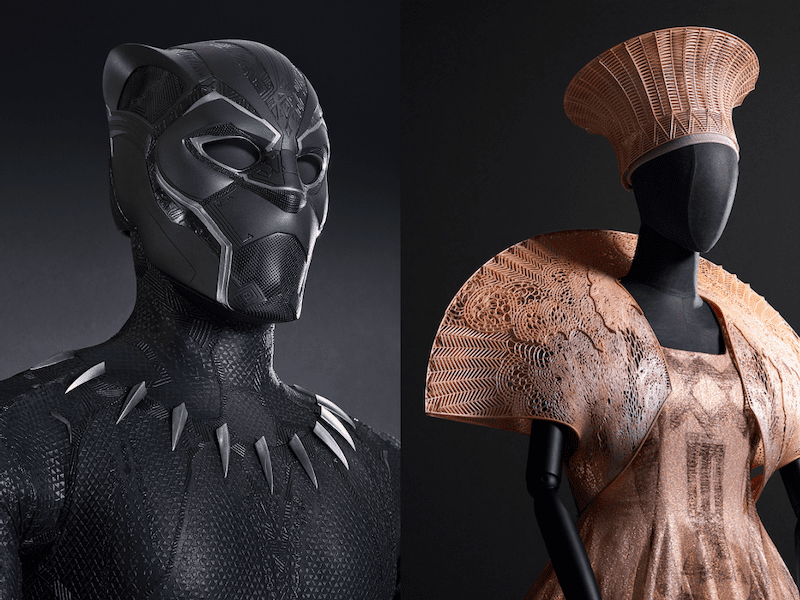 Carter received a star on the Hollywood Walk of Fame in 2021, becoming only the second costume designer to receive the honor.

She has collaborated with many prolific directors, including Spike Lee, Steven Spielberg, the late John Singleton, Ava DuVernay, and Ryan Coogler. As a collection, Carter’s costumes, based on real and imaginative characters, provide an arc to the stories of African Americans so intriguing and unforgettable they influence music, fashion, culture, art, and film-making.

She originally studied acting in college, but after she didn’t get a role she auditioned for, the director asked if Carter wanted to do the costumes instead. Because she had dabbled in sewing growing up, Carter agreed and started on her path to becoming one of the world’s most sought-after and renowned costume designers.

Ruth Carter: Afrofuturism in Costume Design features 55 costumes designed by Carter from her personal collection, with an additional ten costumes from Black Panther and four costumes from Coming 2 America. The installation also incorporates original artwork by artist Brandon Sadler, whose murals were prominently featured in Black Panther. There are also interactive experiences, including an immersive “Warrior Falls” photo opportunity, recreating an iconic setting from Black Panther. If you’re in the Seattle area, don’t miss the chance to experience this celebration of Carter and her work. 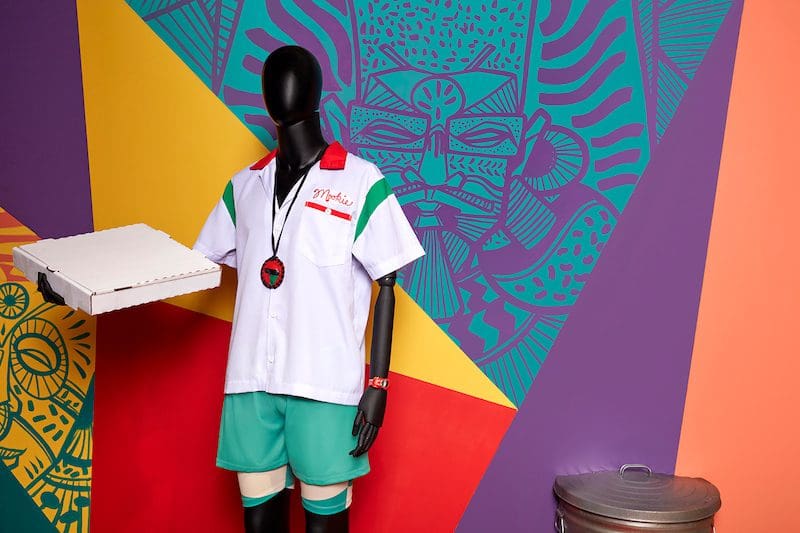 Mookie in Do the Right Thing

MoPOP is a leading-edge nonprofit museum in Seattle dedicated to the ideas and risk-taking that fuel contemporary pop culture. With a mission to make creative expression a life-changing force by offering experiences that inspire and connect our communities, MoPOP reaches multigenerational audiences through our collections, exhibitions, and educational programs. At MoPOP, artists, audiences, and ideas converge, bringing understanding, interpretation, and scholarship to the pop culture of our time. For more information, visit MoPOP.org.

MoPOP Presents Heroes and Villains: The Art of the Disney Costume