In 1991, an iconic film changed Jennifer Townsend’s life. Not only did Thelma & Louise inspire her to drop her former husband’s last name, it caused Townsend to launch a research project to see if other viewers also had strong emotional responses to the film. Email was not available, so a press release went out to magazines and newspapers across the country. A few printed the short blurb about the project, leading to readers requesting questionnaires. Most mailed their responses to Townsend, while some responded by voicemail on a dedicated phone line.

“I had planned to write a lengthy article about the responses and what the film had meant to me, but it just didn’t feel like the right time to put it all together,” Townsend recalls. “Decades later, a lightning bolt struck. Those responses should become a film. I liken it to when Thelma & Louise screenwriter Callie Khouri told an audience the story came to her all at once, like getting punched in the heart. It was the same thing for me.”

So this retiree in her 70s set out to make her first film.

Townsend’s efforts paid off. Her documentary, Catching Sight of Thelma & Louise, had its world premiere at the Cinema At The Edge (CATE) film festival in 2017. Clips from Thelma & Louise serve as a catalyst for personal stories by viewers impacted by the film. Additionally, two male actors (Christopher McDonald and Marco St. John) and film editor Thom Noble make appearances. Those appearing in the documentary reflect how many social hot buttons Thelma & Louise initially pushed and why those themes still resonate today. 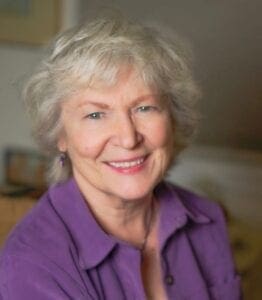 “People forget there was so much controversy when the film came out,” said Townsend. “It was accused of being too violent, which made no sense when compared to other Hollywood films and degrading to men. But a lot of viewers didn’t see it that way. Many women saw themselves on the big screen in these characters. And if scenes made audience members uncomfortable, that is not a bad thing. We should always be horrified by the attack on Thelma, which tragically puts the story in motion. We cannot be immune. There is so much long-lasting trauma because of violence against women. Even with the #MeToo movement, it is very frustrating to see what has not changed since Thelma & Louise came out.”

In Catching Sight of Thelma & Louise, several of the women interviewed opened up about being assaulted. Townsend shares that viewers have reached out to say they were victims of violence and that watching the documentary made them feel less alone. Much like the original film shined a glaring light on the ugly realities women face every day, so does Townsend’s documentary. Simultaneously, both movies display the unbreakable and inspiring bond between women. (Khouri won the Academy Award for Best Original Screenplay in 1991).

Before life as a filmmaker, Townsend became a mother to four children. She raised them alone in her 30s when a career test suggested she study law. After practicing business law for several years, Townsend embarked on other careers, including commercial real estate. 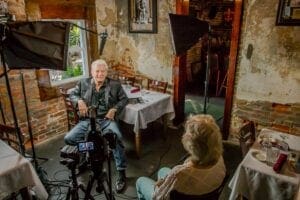 “I’ve worn so many hats throughout the years, they’re stacked up on my head,” laughs Townsend. “I do encourage any woman, regardless of age, to find a project that she is passionate about. It should push you, make you learn new things,  and be a reason to get out of bed in the morning. That’s what keeps life exciting.”

In 2017, Townsend received the McEvoy Female Filmmaker Award from the Santa Cruz Film Festival. She has also been honored as an Artist in Residence at the Napa Valley Film Festival. Catching Sight of Thelma & Louise screened at 20 film festivals, including the Film Festival for Women’s Rights in Seoul, Korea, where it was honored as the Closing Night film. This month it became available nationwide via digital platforms.