When it comes to luck, bestselling author Marie Benedict believes having a special someone who can pick out books you’ll cherish is a blessing. For her, that person was an aunt who also happened to be an English teacher and rebellious nun. When Benedict was a high schooler, her aunt gifted her Marion Zimmer Bradley’s book The Mists of Avalon.

“That book was groundbreaking for its time and world-changing for me,” Benedict remembers. “I was mesmerized by the story because it was set in the familiar universe of King Arthur, except we now had those stories from the viewpoints of women characters. It really opened my eyes to the fact that in every story, every legend, every piece of history, there were stories from female perspectives I had never heard of.”

At Boston College, Benedict studied history and art history. She considered becoming an archeologist but was encouraged by her family to pursue a law degree. Benedict graduated from Boston University School of Law, embracing the financial security working as a lawyer provided. For over a decade, she worked at two of the country’s premier law firms and Fortune 500 companies in New York City. Despite being highly successful, she could not escape the feeling law was not a forever career.

Benedict began taking archeology and history classes in the evening at local universities. While considering a Ph.D. program, the idea of a book came to her. Although she’d never taken a creative writing course and found the idea of becoming a writer intimidating, Benedict began crafting what would become her first novel. Printed in 2008, The Chrysalis took eight years to write while Benedict practiced law full-time.

“I transitioned from lawyer to writer when I got my first book contract,” she says. “It coincided with the pregnancy of my first child and a geographical move that my husband and I were making. With a newborn, I hunkered down and began my streak of publishing at least one book per year. Under the pen name Heather Terrell I was very fortunate to publish seven books, including young adult fiction. Basically, I learned to write.” 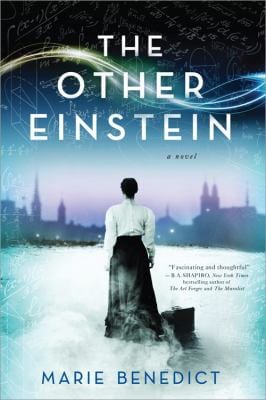 The Other Einstein: A Novel

One evening, while reading a children’s biography about Albert Einstein to her son, Benedict came across a few lines about Einstein’s first wife, Mileva Marić. A physicist and mathematician, Marić was the only woman among Einstein’s fellow students at Zürich Polytechnic. Her story intrigued Benedict, who decided to write about this incredible woman.

The result was the historical fiction book The Other Einstein, published in 2016. More titles followed, including Carnegie’s Maid (about fictional character Clara Kelley who finds herself employed by the Carnegie family) and The Only Woman in the Room (about the real-life of actress, inventor, and film producer Hedy Lamarr). By writing these stories, Benedict realized she was returning to her passion for the female viewpoint.

“When I’m talking to younger audiences, especially middle and high schoolers, I always tell them they need to remember what they’re passionate about at this particular time in their lives,” she tells me. “The inspiration for the books I’m writing now circles back to reading The Mists of Avalon at a young age. And with publishing these books, I’ve come to see other women are thirsting for these types of stories too.”

In 2020, Benedict’s Lady Clementine came out. Focusing on Clementine Churchill, Winston Churchill’s wife, the book explores how her influence shapes not one but two World Wars. Benedict’s latest book, The Mystery of Mrs. Christine, dives into Agatha Christie’s mysterious 11-day disappearance in 1926. The event sparked the largest manhunt in England’s history.

“That book was very nerve-wracking to write,” Benedict laughs. “You’re dealing with the Queen of mystery and crime and creating something to honor her. In fact, all of these women’s stories are a labor of love and absolutely worth telling. The ridiculous belief that female stories are inconsequential has gone on far, far too long. I want to rectify that and show women have had an immeasurable influence on our history. Each of us continues benefitting from these extraordinary legacies.” 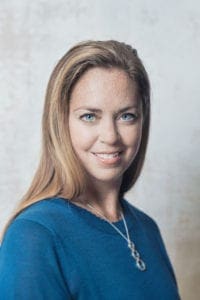 Benedict’s latest novel, The Personal Librarian with the talented Victoria Christopher Murray, was released in June 2021 and was instantly a bestseller. The story is about J. P. Morgan’s personal librarian, Belle da Costa Greene, a Black American woman who was forced to hide her true identity and pass as white to leave a lasting legacy that enriched our nation.