When I moved to Dallas a trusted friend recommended the radio program Think. Hosted by acclaimed journalist Krys Boyd, the show brings on guests to have thought-provoking, deep conversations about history, current events, science, entertainment and more. Here is a list of Think podcast episodes focusing on the arts. Think is produced by KERA (North Texas’ PBS and NPR member station) and is now among the most-downloaded local podcasts in the public radio system.

The Psychological Effects Of Art: Boyd talks with an art educator about how art promotes brain development in children, a psychologist about how we perceive and respond to art, and a professor studying how art can be used to treat PTSD.

Mental Gymnastics: New Insights Into The Brain: Boyd spends the hour talking with experts on brain science to separate fact from fiction – and to better understand what we know about gender, creativity and how our brain is programmed to lead us home.

Why Kids Draw – And Why They Stop: Drawing is one of the first artistic experiences that many children will have. Arts educator Marilyn JS Goodman joins Boyd to talk about how drawing evolves as kids develop mentally and physically.

Please Touch This Art: Raising a son with a language disorder pushed Sarah Schleuning to reconsider how visitors to a museum might react to exhibits. She joins Boyd to talk about the exhibit she curated, which features site-specific works that encourage the use of multiple senses.

Don’t Force Your Kid to Be a Prodigy: David Epstein joins Boyd to talk about scientific research that shows we should strive to learn a little bit about a lot of things rather than dive deep into one area.

‘Undone’: The Story Behind Amazon’s Coolest Series: Kate Purdy, co-creator, producer and writer of “Undone,” joins Boyd to talk about her drama, which uses Rotoscope animation to bridge the worlds of the living and the dead while working through themes of love, mental illness, family and ethnicity.

Bobbie Wygant On 70 Years In TV: Bobbie Wygant joins guest host Courtney Collins to talk about everything from covering the Kennedy assassination to interviewing the Beatles.

Sally Field As Herself: Sally Field joins Boyd to reveal a character we’re less familiar with – herself.

A Conversation With Tyra Banks (And Her Mom!): It’s easy to assume that Tyra Banks has been a success at everything she’s ever tried – from modeling to television to the business world. She (along with her mother, Carolyn London) talk to Boyd about the behind-the-scenes struggles the world never saw – and how they worked through them as a team.

Refusing to Be Defined by Disability: Keah Brown is a smart, funny woman with an affinity for pop culture. She’s got a lot to offer – but throughout her life, so many people only see her as someone with cerebral palsy. The journalist and creator of #DisabledandCute joins guest host Courtney Collins to talk about how she moved beyond self-pity to become an advocate for people with disabilities.

The Millennial Who Transformed Teen Vogue: Success looks easy for Elaine Welteroth. She’s just 32 and has already a ledger of impressive accomplishments, like the youngest editor-in-chief of Teen Vogue and only the second African-American at Condé Nast to hold a title at that level. She joins Boyd to talk about how she won acclaim for retooling the magazine with a focus on empowerment of teens.

The Woman Writing Black Panther: Nigerian-American writer Nnedi Okorafor is best known for her novella “Binti” and novel “Who Fears Death,” which will be adapted into a television series for HBO. She joins Boyd to talk about writing black characters into popular culture – including her recent work on the Marvel “Black Panther” franchise.

The New Southern Gothic: Jesmyn Ward won a National Book Award for her novel “Salvage the Bones.” In 2017, she became the first woman to win the award twice, this time for, “Sing, Unburied, Sing.”

A Conversation With Novelist Zadie Smith: As the author of “White Teeth,” “On Beauty” and other novels, Zadie Smith is one of Britain’s most significant writers. She talks with Boyd about her newest effort, “Swing Time,” which follows two girls who dream of becoming dancers only to see their lives branch in dramatically different directions.

Allison Moorer On Turning Adversity Into Art: While experiencing a childhood mired in abuse, pain and murder, Allison Moorer somehow also found music. The Grammy-nominated singer-songwriter joins Boyd to talk about how she’s mined those dark memories – and how she and her sister survived through moments of creativity, imagination and song.

A Conversation With St. Vincent: For more than a decade, Annie Clark has been one of the darlings of the indie rock universe – from playing with the Polyphonic Spree and touring with Sufjan Stevens to releasing her own material as St. Vincent. The Dallas native talks to Boyd about her musical influences, how she writes a song and what it’s like to perform with your heroes.

Paula Poundstone Searches For Happiness: As a comedian and panelist on “Wait Wait … Don’t Tell Me!” Paula Poundstone makes people happy for a living. And that got her wondering – aside from laughter – what are other keys to happiness?

The Other O’Keeffe Sister: Ida O’Keeffe was an accomplished artist in her own right – a distinction that her more famous sister, Georgia, worked diligently to cover up. Sue Canterbury, Pauline Gill Sullivan Associate Curator of American Art at the Dallas Museum of Art, joins Boyd to talk about Ida’s underappreciated work, which has only recently gained attention.

You can support Think by making a donation to KERA. 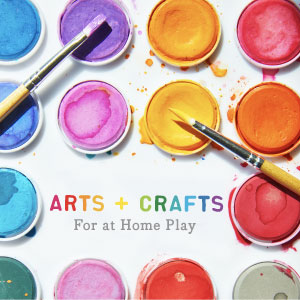